Ranveer Singh overwhelming experience of meeting Kareena Kapoor Khan for the first time: "I was majorly star-struck when I met Kareena Kapoor Khan. I was a huge fan of hers. I think I might have overreacted and thrown her off a bit" 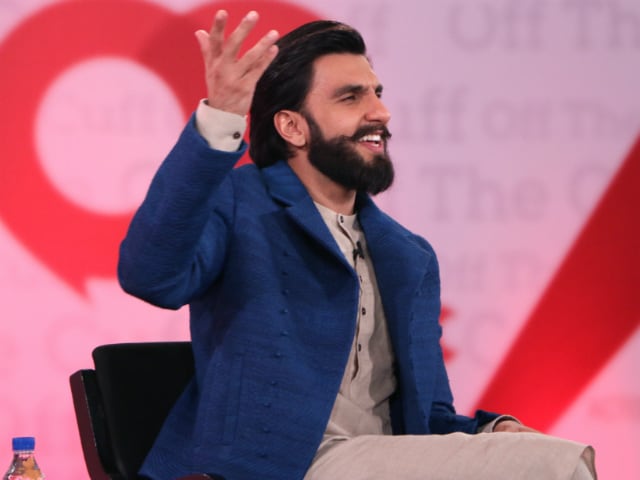 Ranveer Singh was speaking at an Off The Cuff session

You will never not have a good time with actor Ranveer Singh. No, really. Be it a talk show, an interview or his movies, he is the rockstar, the entertainer, and always the best version of himself. The 31-year-old actor was in conversation with Shekhar Gupta on show Off The Cuff recently, and opened up about experiences ranging from casting couch and being yelled at on sets to being a sensitive actor and missing a call from Shah Rukh Khan. Ranveer Singh made his Bollywood debut with Maneesh Sharma's Band Baaja Baaraat in 2010, and is also the star of films like Lootera, Dil Dhadakne Do, Gunday and Bajirao Mastani. Ranveer is currently shooting for Sanjay Leela Bhansali's upcoming period film Padmavati, which also co-stars Deepika Padukone and Shahid Kapoor.
We bring you the 10 best quotes from Shekhar Gupta's Off The Cuff session with Ranveer. Yes, yes, you can thank us later:
Ranveer wants to be the "most desirable", not the "best actor:" "I have no issue being objectified. I love when I'm positioned as a sex symbol. It's like the best thing ever. I don't want to be known as the best actor or the guy whose films make the most money. Just call me the sexiest, the hottest, the most desirable" 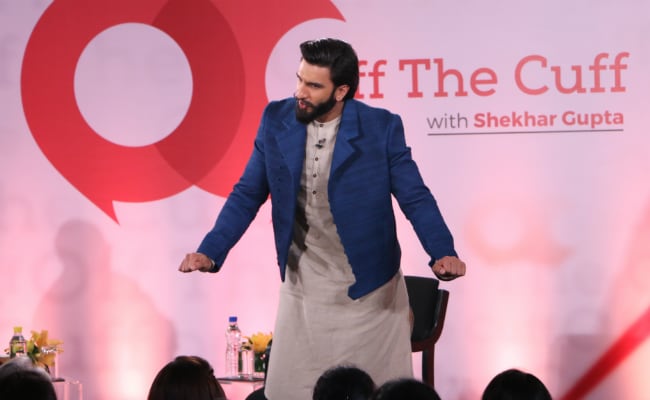 Ranveer on his casting couch experience: "You think an experience like this would be very dark or something. It will scar you for life. I find it very amusing. When I look back at it, I almost remember sitting there at some point in the interaction and observing this person's character. I learn everything about him and put him in my bank, in case I have to play a creepy casting director"
Ranveer on missing a call from Shah Rukh Khan after Band Baaja Baarat released: "Never in my wildest dreams had I thought Shah Rukh Khan would be calling me"

Ranveer's overwhelming experience of meeting Kareena Kapoor Khan for the first time: "I was majorly star-struck when I met Kareena Kapoor Khan. I was a huge fan of hers. I think I might have overreacted and thrown her off a bit"
Ranveer on his initial days in Bollywood: "In my first year, I was like Alice in Wonderland because the people I was meeting, I was interacting with them for the first time. I mean can you imagine standing for the first time in front of Amitabh Bachchan? (almost slides off his chair ) It's like you're tripping" 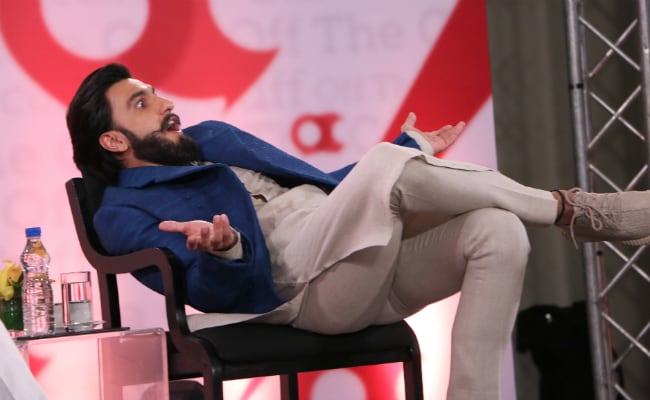 Ranveer has no inhibitions. Here's proof: "I am a drama queen" 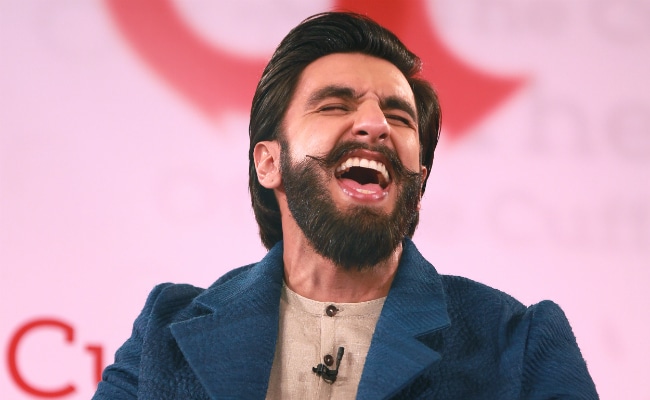 Ranveer on his alternative career choice: "Main agar actor nahi hota toh struggling actor hota"
Ranveer on juggling between personal and professional lives: "I can't work without a personal connection. I am a hugger. I am a kisser. It's like everybody is my buddy, old pals. So for me it's very difficult to separate personal and professional lives"
Ranveer on being a sensitive actor: "I am a sensitive actor. When I get yelled at, I go into a shell and my spirit breaks very easily. And I'm not resilient because as actors you're baring your soul, you're most vulnerable. There have been instances when I had to excuse myself from set, take a walk, come out of the studios, bawl my eyes out and come back" 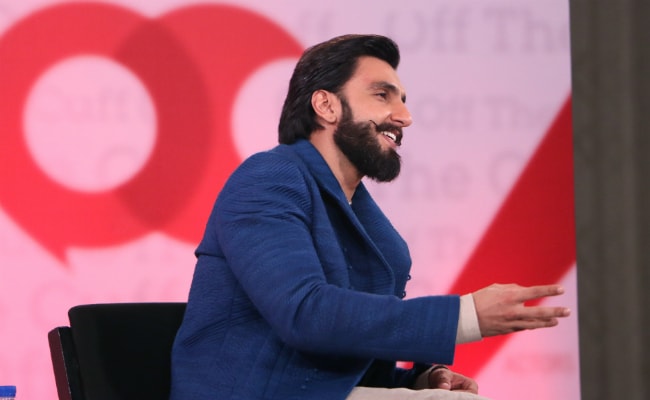 Ranveer on his take-away from Bollywood: "What I love about being in Hindi films is that it is a collaborative effort, it's a team effort. Almost everyone is passionate about working in Hindi films. It makes for a very, very healthy environment"
Meanwhile, Ranveer's advertisement for a clothing line, which shows the actor dressed in office wear with a woman over his shoulder, watched by a grinning butler on the side, was criticised as sexist and offensive by the Internet and even some celebrities. The tag line of the ad says, 'Don't Hold Back. Take Your Work Home.' However, the 31-year-old actor issued a statement on Friday in which he apologized for the oversight and said that he "would never do anything to disrespect" women. The ad, now pulled by the clothing brand, was widely slammed on Twitter earlier this week.
"It was important to give the brand creative freedom while designing their campaign, but I guess we got it wrong on one of those billboards and I'm sorry this happened but it's a thing of the past. We rectified it immediately by having that hoarding taken down as soon as possible from everywhere in over 30 cities overnight. I treat all women with the utmost respect both professionally and personally, and would never do anything to disrespect them," said Ranveer in a statement.
Watch the entire episode of Off The Cuff here: