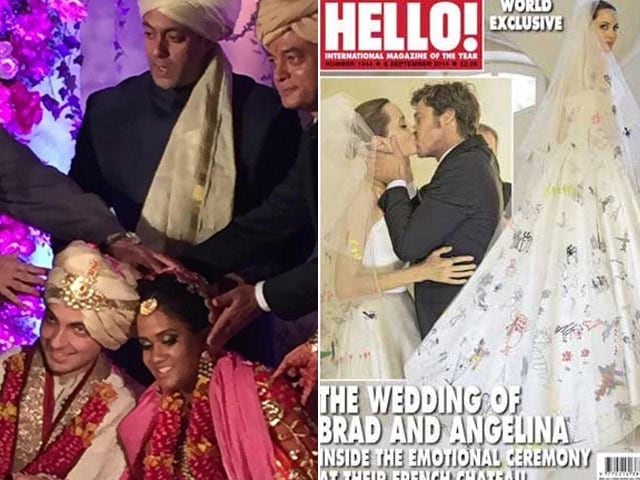 2014 was a year of happily-ever-afters with some of showbiz's biggest names getting hitched, from the serially-single George Clooney to the youngest Khan sibling. There was band, there was baja and there was a neverending list of high profile baraatis

2014 was a year of happily-ever-afters with some of showbiz's biggest names getting hitched, from the serially-single George Clooney to the youngest Khan sibling. There was band, there was baja and there was a neverending list of high profile baraatis.

Arpita Khan and Aayush Sharma: If Salman Khan had been getting married himself, the celebrations couldn't have been grander. As 2014 wound to a close, the superstar's youngest sister Arpita became Mrs Aayush Sharma accompanied by much pomp and fanfare. The who's who of Bollywood attended a no-expense spared wedding at Hyderabad's historic Falaknuma Palace in November. The week-long party started with a dazzling mehendi-sangeet function in Mumbai and concluded with an equally star-studded reception, again in Mumbai. Ladkiwale included the bride's brothers Salman, Arbaaz and Sohail; parents Salim Khan, Salma and Helen; sister Alvira and brother-in-law Atul Agnihotri; sister-in-law Malaika Arora and Seema Khan; bestie Amrita Arora and two very special friends of the family, also named Khan - Shah Rukh and Aamir. The wedding also marked the end of the six year-long Shah Rukh-Salman feud, sealed with a kiss to Arpita's forehead. 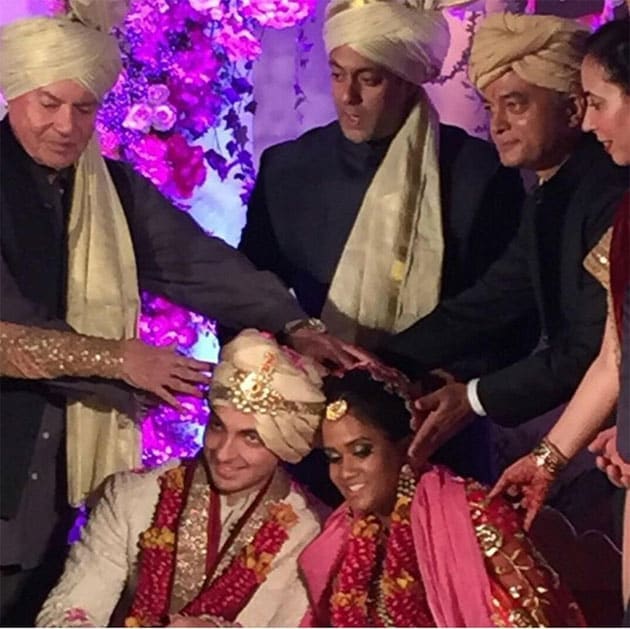 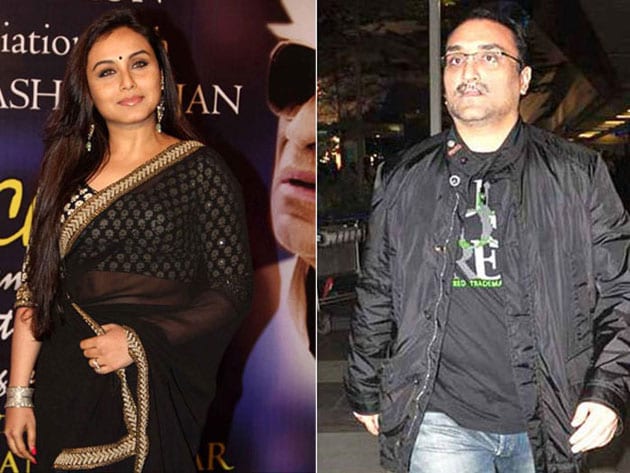 Angelina Jolie and Brad Pitt: Mr & Mrs Smith finally became Mr & Mrs Pitt August 23, two years after they announced their engagement in April 2012. They married on their French estate in a private ceremony attended by close friends and family. Their six children, Maddox, Pax, Zahara, Shiloh, Knox and Vivienne, took part in the wedding ceremony. The bride wore a simple full-skirted dress by Versace and a voluminous veil decorated with drawings by the little Jolie-Pitts. 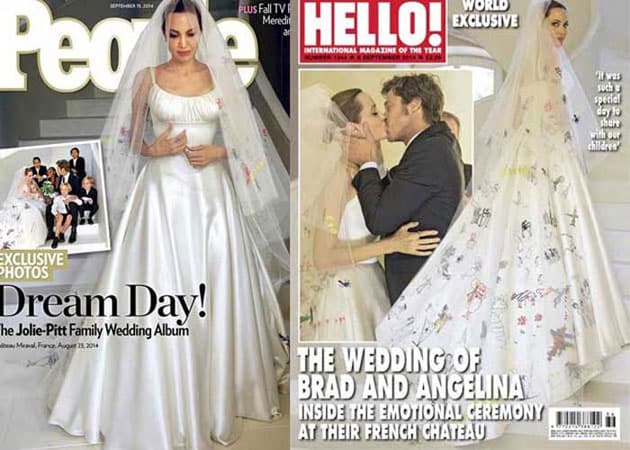 George Clooney and Amal Alamuddin: Once thought to be a confirmed Hollywood bachelor, George Clooney married human rights lawyer Amal Alamuddin in an intimate ceremony in Venice on September 27. The couple exchanged traditional vows, platinum bands and a lengthy kiss at their 30-minute ceremony. The lovely bride wore a custom-made off-the-shoulder white French lace Oscar de la Renta dress with a veil on her special day. 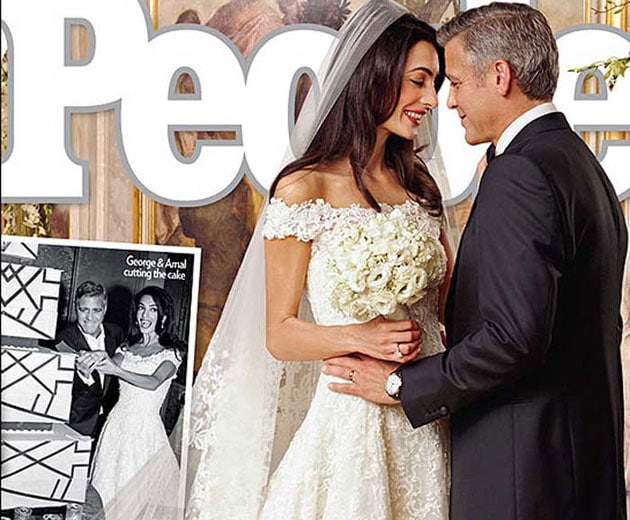 Dia Mirza and Sahil Sangha: Actress-producer Dia Mirza married her long time beau and business partner, producer Sahil Sangha, in an extravagant ceremony in New Delhi on October 18. While Dia looked ravishing in a Ritu Kumar sharara with a long gold jacket, Sahil was seen in a cream achkan. 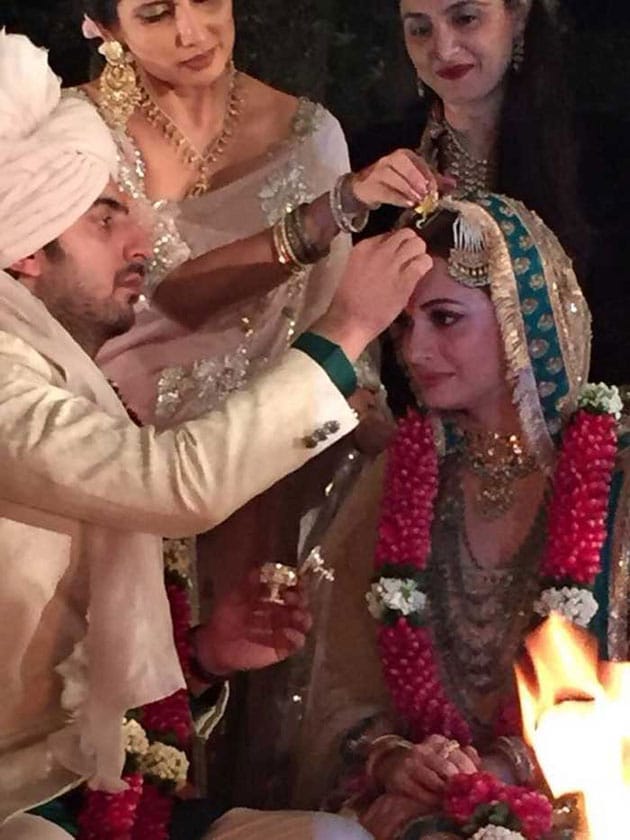 Kim Kardashian and Kanye West: Reality TV star Kim Kardashian and hip-hop superstar Kanye West were married in a very private ceremony in Florence on May 24. The bride and her groom both wore Givenchy - she, a bib-fronted dream in white lace. Guests included their little daughter North. Their wedding picture, posted on Kim's Instagram, was the most 'liked' photo of 2014. 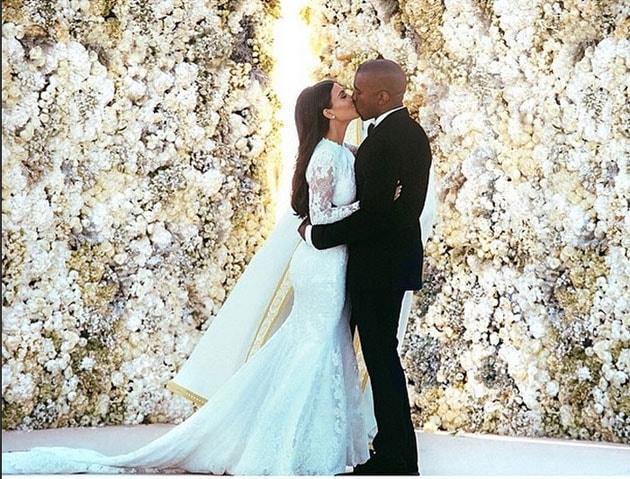 Ahana Deol and Vaibhav Vora: Ahana Deol, daughter of actors Dharmendra and Hema Malini and sister of actress Esha, married Delhi-based businessman Vaibhav Vora in a glittering, fairytale ceremony on February 2 in Mumbai. The couple met at Esha's wedding and had been serious about each other ever since. The wedding was attended by a roll call of Bollywood A-listers including the Bachchans, Shah Rukh Khan, Deepika Padukone and Sonakshi Sinha. Ahana looked gorgeous in a peach Manish Malhotra floor-length anarkali while Vaibhav was dashing in a black sherwani. 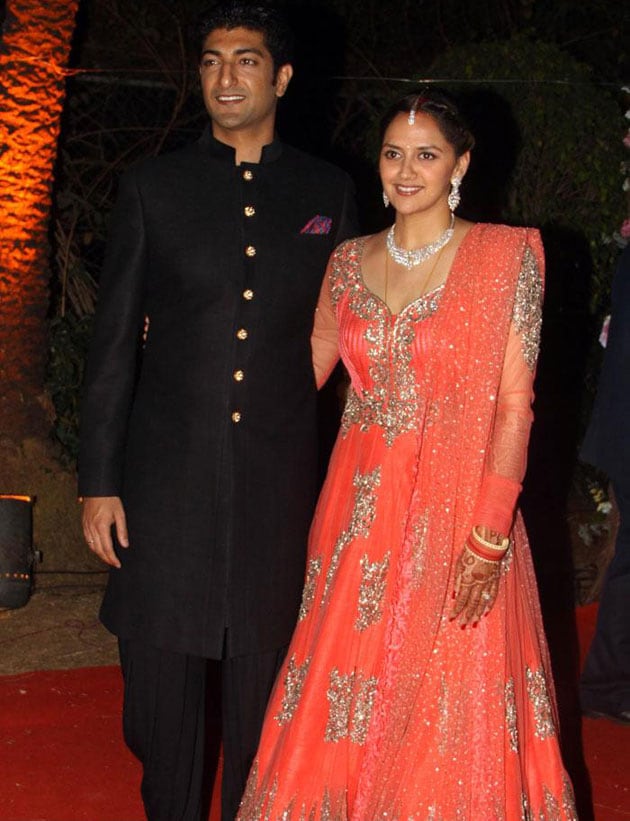 John Abraham and Priya Runchal: Actor John Abraham began 2014 with a bang, secretly marrying fiance, investment banker Priya Runchal, in a private ceremony in January. The actor broke the news on Twitter by signing a tweet jointly with his new bride. He wrote: Wishing you and your loved ones a blessed 2014! May this year bring you love, good fortune and joy. Love, John and Priya Abraham. John reportedly began dating Priya in 2010 and rarely spoke about her in public. 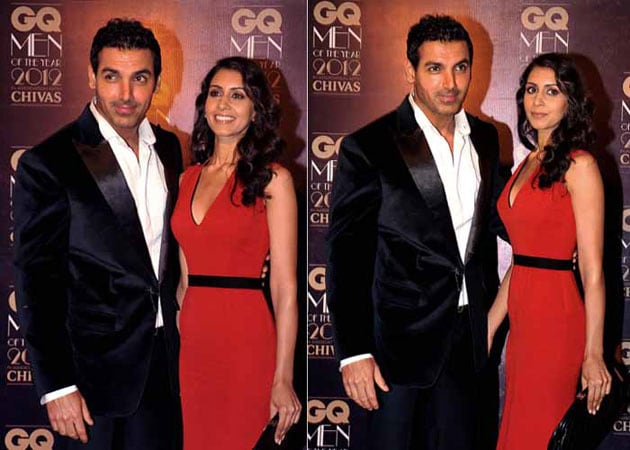 Fahadh Fazil and Nazriya Nazim: Malayalam stars Nazriya Nazim and Fahadh Faasil married in a lavish ceremony in Kerala on August 21. The nikaah was attended by family, friends and bigwigs from the film industry and politics. A wedding 'movie' offered a glimpse into the grand nuptials, full of song and dance, to those not lucky enough to have received an invite. 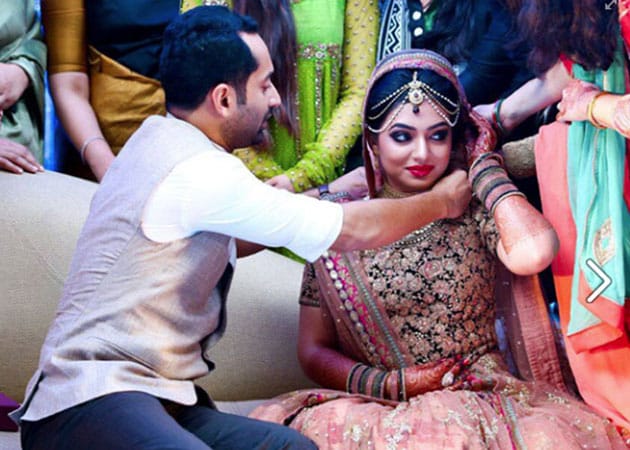 This image was posted on Facebook by Fahadh Faasil

Nikitin Dheer and Kratika Sengar:Chennai Express actor Nikitin Dheer and TV star Kratika Sengar were married in Mumbai on September 4 in a ceremony attended by their family members as well as celebrities from the world of Indian television and Bollywood. Nikitin's father, actor Pankaj Dheer, reportedly played Cupid. 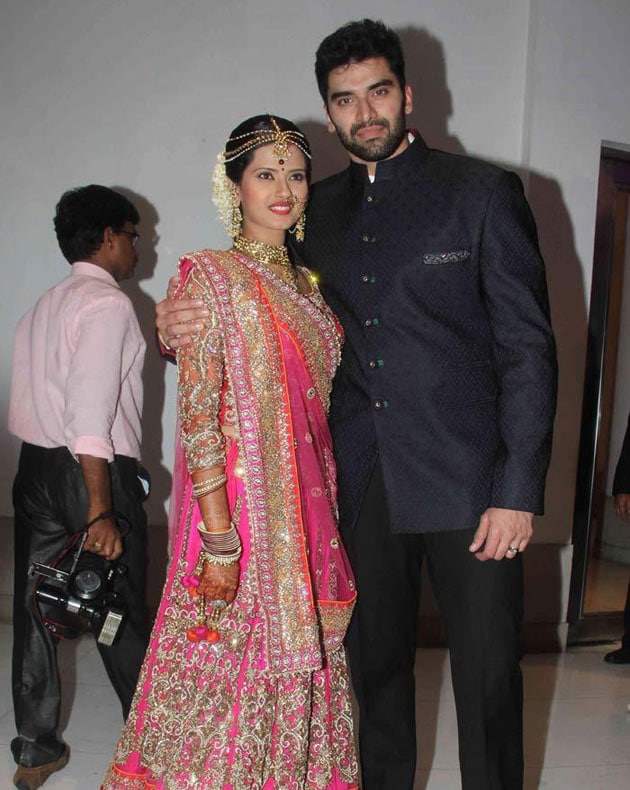