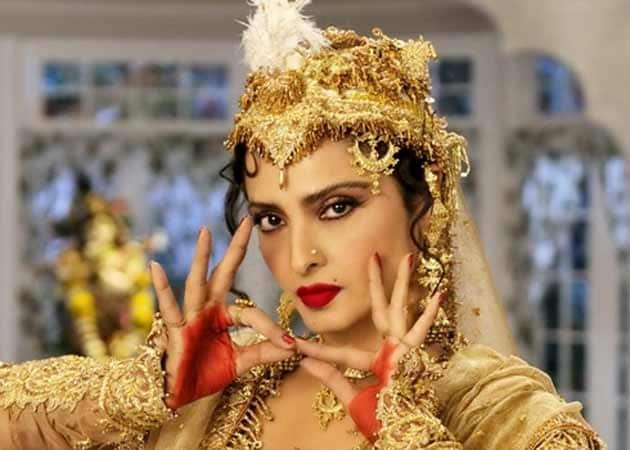 Iconic actress Rekha, who redefined the 'Bollywood heroine' in many ways, turned 60 on October 10. To celebrate her big day in a totally filmy style, we take a look at 10 films in which she lit up the screen. (Pics: Age is Just a Number for Rekha @60) 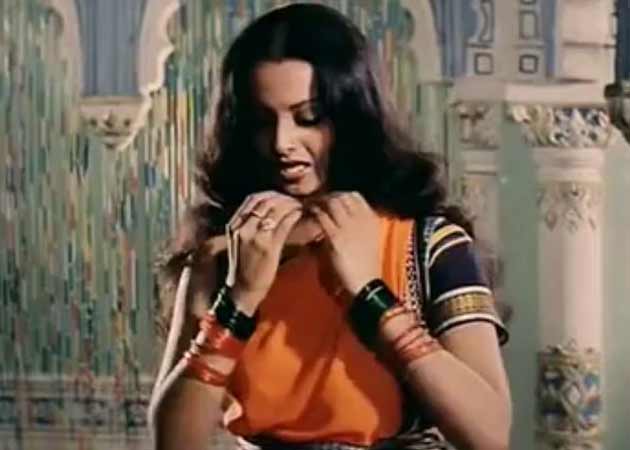 Rekha was almost two decades into her career at the time of this release but it was her performance as 'Zohra Bai' that redrew her career-chart. Her selfless love for Sikandar (Amitabh Bachchan) and evergreen song sequences are part of Bollywood history. 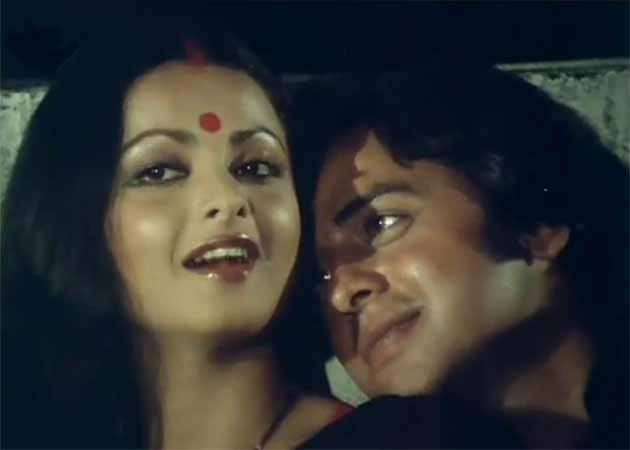 The same year she was seen in Ghar alongside Vinod Mehra. The film is about a young couple who have to cope with the aftermath of assault and rape. Her performance was singled out for praise and Rekha was nominated for a Filmfare Award. 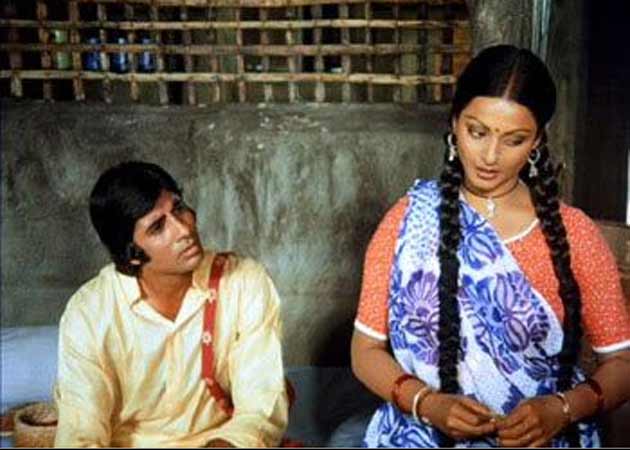 The very next year she was seen once again opposite Amitabh Bachchan. The song Pardesia picturized on her became a smash hit and is still fondly remembered. Sonam Kapoor's valiant attempt at a remake only served to remind us how charming Rekha had been in the original as the rule-breaking, vivacious Manu. 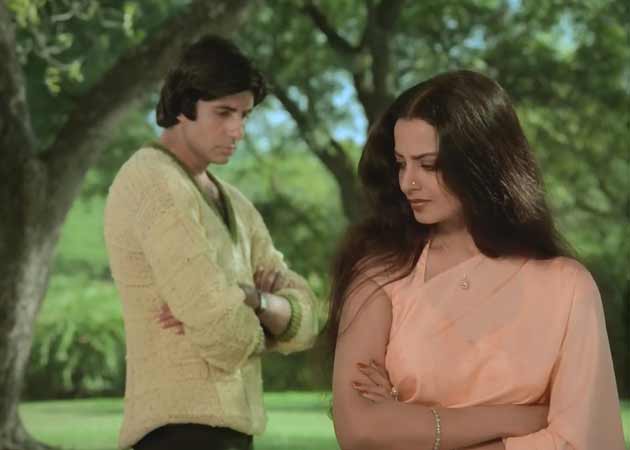 In 1981, she was once again paired with Big B in this Yash Chopra classic. In a storyline which almost hints at the rumoured off-screen relationship equations of the trio, Rekha plays Mr Bachchan's lover who has to make way for his wife played by Jaya Bachchan. 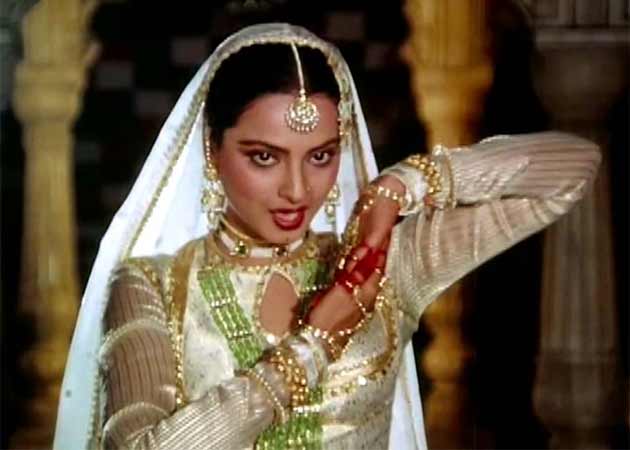 The same year, she played the iconic character of courtesan Umrao Jaan Ada in Muzaffar Ali's period piece. Her performance fetched her the National Award. As with Khoobsurat, a remake starring Aishwarya Rai was dismissed as a pale shadow of the original. Songs from the film Dil Cheez Kya Hai, In Aankhon Ki Masti and Yeh Kya Jageh Hai Dosto remain famous till date. 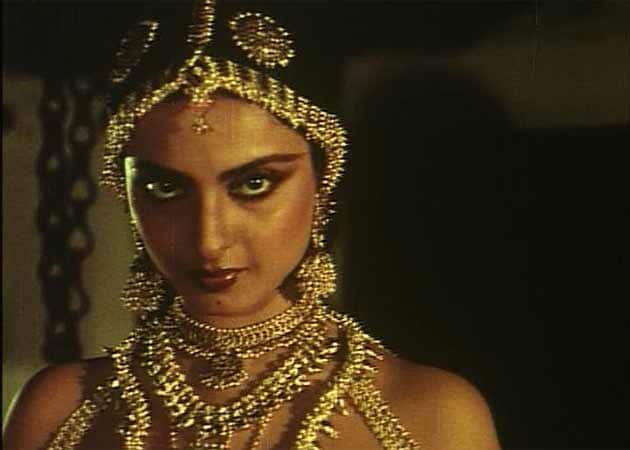 This film, produced by Shashi Kapoor and directed by Girish Karnad, redefined Rekha for the masses. Both Rekha's onscreen and offscreen stature changed after the film. The sensuality and boldness displayed by her on screen were pathbreaking for Bollywood at the time. Shekhar Suman owes her the credit for giving him such a boost so early in his career, though he failed to capitalise on the leg up. 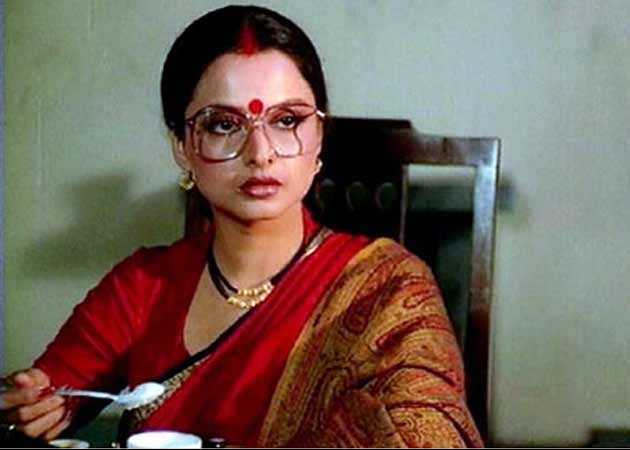 Gulzar brought back Rekha to the screen in 1987 with another power packed performance. She played Naseeruddin Shah's wife who struggles to keep their relationship intact after his ex-lover enters their life and then leaves him only to find that she has misunderstood him. 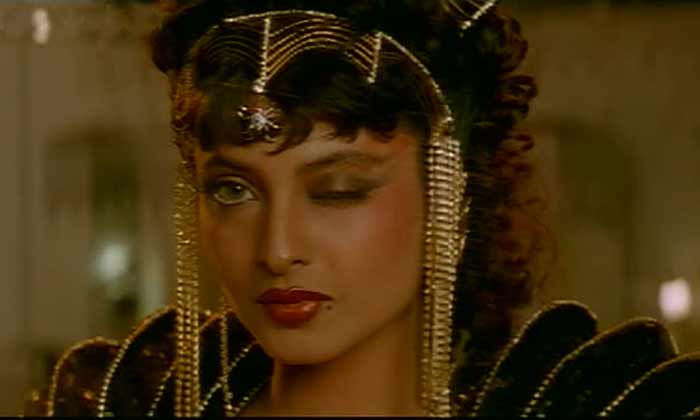 <i>Biwi Ho To Aisi</i>, and no we don't mean the other film of that name that Rekha starred in. Rekha plays Kabir Bedi's unsuspecting wife who is tricked and left for dead by him. A resurrection of sorts and a makeover later, she returns seeking revenge and gets it. The film proved that with a strong script and Rekha you really didn't need a male superstar to make a super hit film. For Kabir Bedi, this made him even more famous as a villain than when he played a Bond baddie in Octupussy. 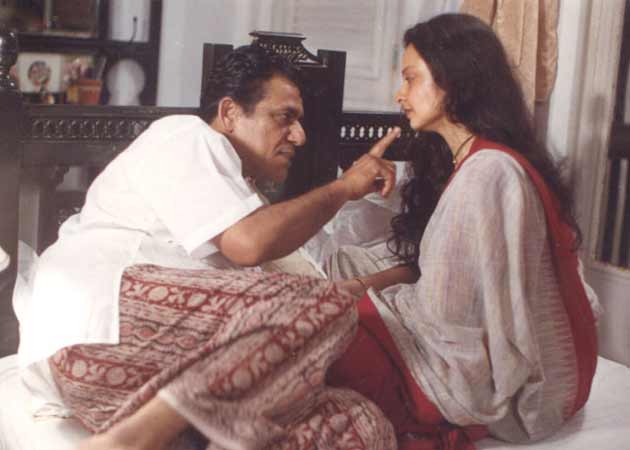 Almost a decade later, we saw Rekha dismantle social conventions as a middle class wife who turns to prostitution in order to fund her craving for luxuries. Her performance as a woman caught between indulgence and guilt was widely appreciated.