10 things to know about India's Oscar entry The Good Road 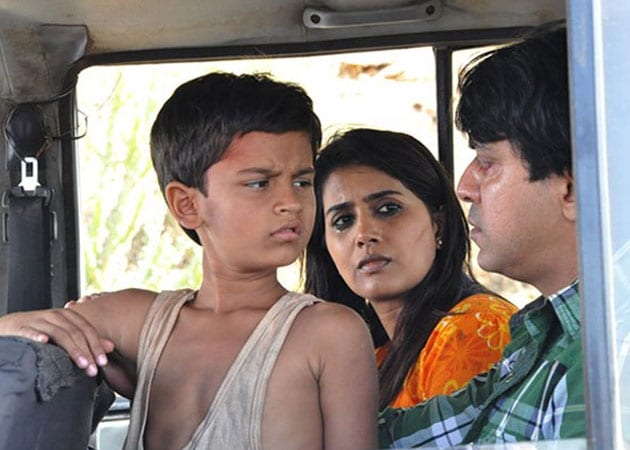 A still from the movie The Good Road

Helmed by a first-time director, the National Award winning film has beaten 21 other entries, including The Lunchbox, to earn the right of passage to the Kodak Theatre in Hollywood.

Helmed by a first-time director, the National Award winning film has beaten 21 other entries, including The Lunchbox, to earn the right of passage to the Kodak Theatre in Hollywood. So what is so special about this film that has just been handed a ticket to the 86th Academy Awards by the selection committee, headed by Bengali filmmaker Gautam Ghose? Read on...
1. The film won a National Award this year as Best Feature Film (Gujarati) in the regional category. This is also the first time a Gujarati endeavour has been nominated by India for the Oscars.
2.Made at an estimated budget of Rs 2 crore, it released on July 19 and has a runtime of 92 minutes.
3. With the premise primarily being outdoor, it follows three different plots that intercept each other eventually. Though the screenplay revolves around two children, according to director Gyan Correa, it's not a children's film thanks to its multiple layering.
4 The Good Road marks Gyan's directorial debut. He is known for his work in the ad world. He's a Goan who doesn't speak Gujarati.
5. The two child artistes, Keval Katrodia and Poonam Kesar Singh, had to audition for their roles. The former is based in Mumbai while the latter hails from Ahmedabad.
6. The film was shot in three schedules - each lasting a maximum of 35 days - in Bhuj and Kutch (Gujarat). The actors had to reside in mud houses due to fund constraints and the remoteness of the location.
7. Oscar-winning Resul Pookutty (of the Slumdog Millionaire fame) did the sound designing while Amitabha Singh who has shot films like Chillar Party and Khosla Ka Ghosla earlier, was the Director of Photography (DOP).
8. Rajat Dholakia, who has earlier scored for Nandita Das's Firaaq, composed the music for the film. Interestingly, most of the recording was done on the sets itself with a tent placed to capture the essence.
9. Ajay Gehi took a two-month course to get the language right. He has never worked in a Gujarati film before. On the other hand, Sonali Kulkarni has had experiences of working in one earlier.
10. The Good Road is financed and supported by the National Film Development Corp. NFDC is one of the co-producers of other frontrunners, The Lunchbox and Bhaag Milkha Bhaag.
Taking the high road
On being asked for his reaction to the rather unkind reception of his film on Twitter by Bollywood bigshots, Gyan Correa spared some thoughts on competition. "People might be disappointed but they are definitely not angry. Besides, a majority of them haven't even watched The Good Road yet. When they'll watch eventually, they will understand the jury's decision better.
Anyway, I'm looking forward to the support of prolific filmmakers like Anurag Kashyap and Karan Johar. They are much more experienced than I am. So their guidance is much sought out and it will help a lot. Camaraderie is bound to follow competition. After all, it's not my film anymore it belongs to India now," says the 42-year-old.