102 Not Out: Amitabh Bachchan Shares His 'Real' First Look From Film With Rishi Kapoor

102 Not Out: In a new tweet on Saturday, an upset Amitabh Bachchan revealed yet-another picture from the sets of the film saying the viral picture was leaked ahead of its scheduled time 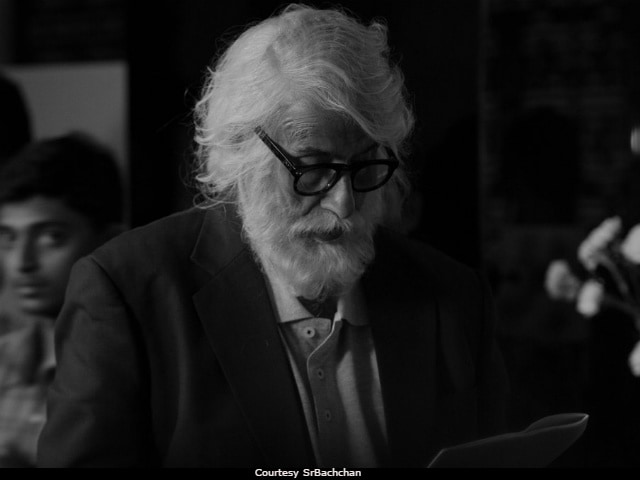 Amitabh Bachchan on the sets of 102 Not Out (courtesy SrBachchan)

102 Not Out, the new film starring two Bollywood veterans as father-son duo, is what keeping fans of Amitabh Bachchan and Rishi Kapoor intrigued. On Friday, a photo, which appeared to be the first look or poster of the film, was shared on social media and went crazy viral. Now, in a new tweet on Saturday, an upset Amitabh Bachchan revealed yet-another picture from the sets of the film saying the viral picture was leaked ahead of its scheduled time. "Since the media has put out a leaked picture of 102 Not Out might as well give you the real one," Big B captioned his bespectacled look from the film. Big B will play the 102-year-old father to a 75-year-son, portrayed by Rishi Kapoor.

In his official blog, Big B appeared to apologise to the makers of the film for the unprecedented leak, highlighting that there's no going back because the Internet never forgets. "My apologies to them that have stake in the matter, but once out in the public domain, shall always remain just that; something that came about through public debate or private decision," reads his official blog.
While it was reported that heavy prosthetics will be used for Big B's look in the film, the 74-year-old actor added that it takes about two hours to get his make-up right. This is the picture which was shared by trade analyst Taran Adarsh, among others, yesterday.

In 102 Not Out, Big B plays a happy-go-lucky character named Dattaraya Vakharia while Rishi Kapoor features as Babu, who is a sceptic, reported Bollywood Hungama. The movie is actually the screen adaptation of Gujarati playwright Somya Joshi's work, titled 102 Not Out. Rishi Kapoor, 64, and Amitabh Bachchan, 74, are co-stars of several cult films of the Seventies and Eighties like Amar Akbar Anthony, Kabhie Kabhie, Naseeb and Ajooba.
This is what Rishi Kapoor tweeted earlier this week: