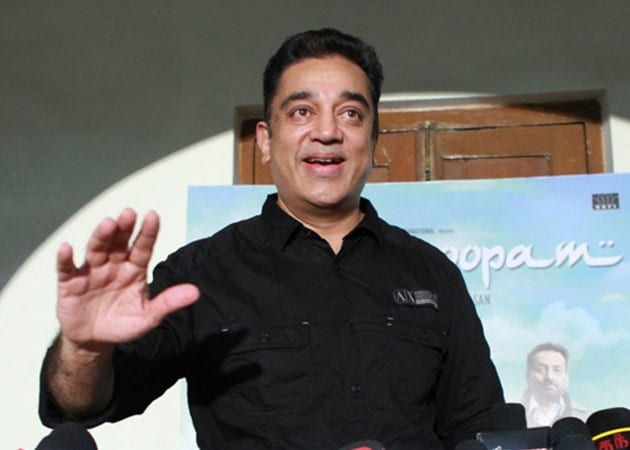 Actor Kamal Haasan is expected to attend the film festival.

The 44th edition of International Film Festival of India (IFFI) that kicks off tomorrow here will screen 15 Oscar-nominated films from world over.

The 44th edition of International Film Festival of India (IFFI) that kicks off tomorrow here will screen 15 Oscar-nominated films from world over.
"We will be screening 15 Oscar nominated movies this time," film festival director Shankar Mohan said. Since 2011, the films that have won award in IFFI competition section go on to win the Academy award, like Life of Pi, Mohan said.
Veteran actress Waheeda Rehman would be conferred the inaugural Centenary Award for Indian Film Personality of the Year at the festival.
The lifetime achievement award would be given to Czech filmmaker Jiri Menzel during the inauguration tomorrow.
Hollywood actress Susan Sarandon will be the chief guest for the inaugural function, which will be attended by Union Information and Broadcasting Minister Manish Tewari, veteran actors including Kamal Haasan and Rekha, singer Asha Bhonsle and Iranian filmmaker Majid Majidi.
Goa Chief Minister Manohar Parrikar will also be present as a guest for the inaugural event.
"It is a conscious decision to have an international personality for the inaugural function," he said, adding that Goan fashion designer Wendell Rodricks will be designing the gown for Sarandon, which she will wear for the inauguration.
The ten day-long event will have 327 films, 80 per cent of which are on the digital format, Mohan said.
The competition section has 15 films, of which two are Indian, including Coffin Maker by Veena Bakshi.
The festival, which will be held across two venues, Macquiniz Palace and Kala Academy, will have a major focus on the north eastern states.
The films, art and culture from all the eight north eastern states would be showcased during the event, he said.
A contingent of 120 folk dancers from across India, who are sponsored by Union Ministry of Culture, will also be in Goa performing on the sidelines of the festival venue.
IFFI 2013 will also have a 'Soul of India' section, which was conceived last year, Mohan added.