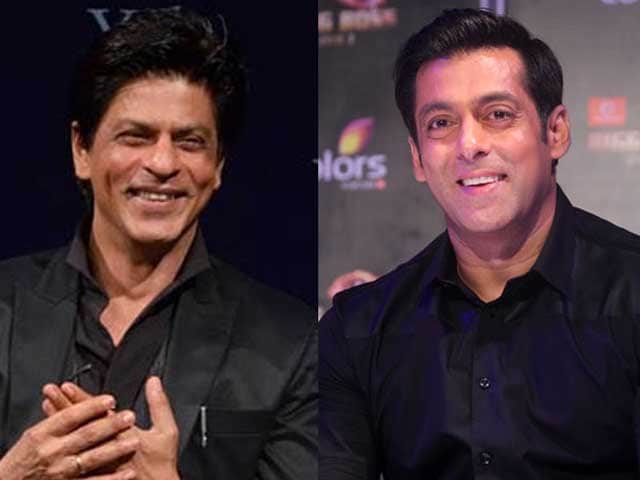 As Karan Arjun celebrates 20 years of being awesome, here are 20 things about its lead actors, both now 49, that only a true fan would know

Revenge and rebirth blockbuster Karan Arjun was, and still is, remarkable in several ways when it released 20 years ago on January 13, 1995. Two of the ingredients that made it awesome - the most important two, Karan and Arjun - were Super Khans-in-waiting Salman and Shah Rukh.

As Karan Arjun celebrates 20 years of being awesome, here are 20 things about its lead actors, both now 49, that only a true fan would know.

1. Shah Rukh Khan won the Sword of Honor, a prize given to the best student, at St Columba's School in Delhi.

2. In school, SRK's Hindi was poor. His mother promised to take him to the cinema if he passed his Hindi exams and, because young SRK loved watching movies, he began to get top marks in Hindi then onwards.

3. Shah Rukh Khan's first salary was Rs 50 which he earned by working as an usher at a Pankaj Udhas concert in Delhi. He used the money to take the train to Agra and see the Taj Mahal.

4. Shah Rukh sold tickets at the booking window of a Mumbai cinema on the opening day of 1994 movie Kabhi Haan Kabhi Naa, directed by Kundan Shah. SRK was paid a sum total of Rs 25,000 for the film.

6. SRK has a phobia of riding horses.

7. When he came to Mumbai as a hopeful actor, he had no place to stay. He lived with fellow actor Viveck Vaswani, who later appeared in Raju Ban Gaya Gentleman and Josh with him, and helped SRK meet directors and producers.

8. SRK was watching Yash Chopra's Lamhe in a theatre with Viveck Vaswani when halfway through his secretary arrived to inform him that Mr Chopra was considering casting him in a movie. SRK abandoned Lamhe immediately and went to Mr Chopra's office. He did end up being cast in the movie, which was Darr.

9. SRK makes sure his sleeping pyjamas are freshly ironed every night because you never know who you may meet in your dreams.

11. Salman Khan could have become a pro swimmer if he had so wanted. He was a swim champ at school and even tipped to represent India.

13. Salman was offered the lead in Abbas-Mustan's Baazigar but the idea of playing a negative character didn't appeal to him. The role went to Shah Rukh Khan and made him famous.

14. Even though Salman has been ambassador of a shoe brand, he prefers going barefoot in real life.

15. Salman always wears a turquoise stone bracelet on and off the screen. His father Salim Khan also wears a similar bracelet and considers it to be very lucky.

16. Salman reportedly flew his own cook to London from Mumbai to dish up biryani to the cast and crew of the movie London Dreams who were tired of eating continental food.

17. The actor loves to drive and is fond of BMW, Mercedes-Benz and Land Cruisers.

18. Salman loves Chinese food and his favourite restaurant is China Garden in Mumbai.

19. Salman has a soap fixation. His bathroom at home is stacked with soap of every sort and he especially likes those made with natural fruit and vegetable extracts.

20. Salman is the subject of two fatwas issued by Muslim organisations - one relates to the wax statue of him in Madame Tussaud's, the second is in connection to his presence at Ganesh Chaturthi pujas. In both cases, the fatwas allege that he contravened the Islamic law that forbids the worship of idols.