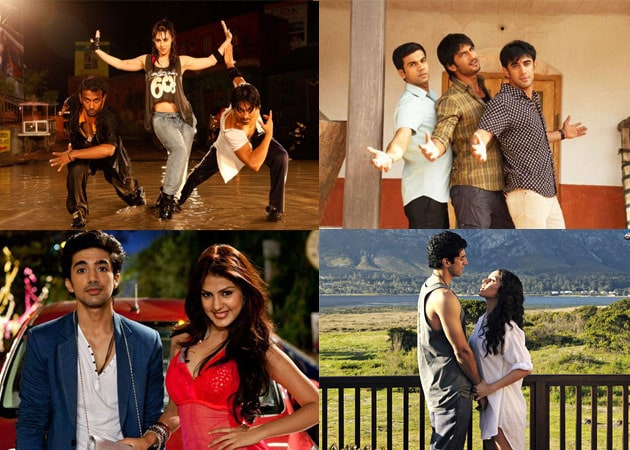 The year enjoyed its big-ticket movies like Chennai Express and Krrish 3 at the Bollywood box office, but it also welcomed small wonders.

The year enjoyed its big-ticket movies like Chennai Express and Krrish 3 at the Bollywood box office, but it also welcomed small wonders. High on content and performances, acclaimed films like Ship Of Theseus and The Lunchbox not only exhibited the zest and zeal of filmmakers, but also showed their fearlessness in trying new genres and unique treatments.
IANS picks up 10 such refreshing small wonders from 2013, which were not gold spinners, but whetted the appetite of viewers looking for meaningful content:
ABCD: AnyBody Can Dance: The 3D dance film ABCD not only introduced the Indian audiences to a new genre but also gave budding choreographers a platform to display their skills. Directed by choreographer Remo D'Souza, it starred a host of choreographers including big names like Prabhu Deva and Ganesh Acharya along with upcoming ones. Even though the film, made on an approximately Rs.12 crore budget, received a lukewarm response, it garnered Rs 19.5 crore ($3.127 million) in its opening weekend and wowed everyone with its dance sequences.
Kai Po Che: Based on friendship, Kai Po Che won many hearts. The Abhishek Kapoor-directed film saw the big screen debut of TV actors Sushant Singh Rajput and Amit Sadh as best friends. Rajkumar Rao also featured as the third friend. Not only was the film, a big screen adaptation of Chetan Bhagat's The 3 Mistakes of My Life, loved by many, it helped freshers in getting good projects. The film grossed approximately Rs 43.50 crore in the domestic market and its overseas collection was Rs 12 crore.
Mere Dad Ki Maruti: A laugh riot, Mere Dad Ki Maruti was a light-hearted refreshing comedy revolving around the bantering between a father and his son. Although Saqib Saleem as the son and Ram Kapoor as the dad entertained the viewers, its box office business wasn't satisfactory. Those who saw the film however appreciated the dialogues.
Aashiqui 2: Sequels are a gamble as they often fail to match up to the original, but Aashiqui 2 turned out to be an exception. The love story, featuring Aditya Roy Kapur and Shraddha Kapoor, was lapped up by the masses and collected approximately Rs 78 crore at the box office. Directed by Mohit Suri, the film's music was a big hit as well.
Fukrey: Farhan Akhtar and Ritesh Sidhwani's small budget production Fukrey proved that hero-heroine-based love stories are not the only ones that click at the box office. Directed by Mrighdeep Singh Lamba, it did a business of over Rs 30 crore with names like Richa Chaddha, Vishakha Singh, Pulkit Samrat and Priya Anand carrying the film on their shoulders.
Bhaag Milkha Bhaag: A biopic on legendary athlete Milkha Singh, sports-based Bhaag Milkha Bhaag hit the bull's eye at the box office. For the viewers it was a delight to watch well-trained Farhan Akhtar as the Flying Sikh on the big screen. Directed by Rakeysh Omprakash Mehra, it also had stellar performances by Sonam Kapoor and Divya Dutta. It reaped gold at the box office and crossed the Rs 100 crore mark.
Madras Cafe: It was not a typical entertainer. Set against the backdrop of the Sri Lankan civil war, the film was a mix of fact and fiction. It's not easy to involve movie lovers in such a serious drama, but Shoojit Sircar nailed it with Madras Cafe. The political thriller, starring John Abraham, was made on a budget of less than Rs 10 crore buted collect Rs 24 crore in the first four days of its release itself.
Ship Of Theseus: Debutant director Anand Gandhi struck the right chord with his thought-provoking "Ship Of Theseus", made on a shoestring budget of Rs 2.5 crore. Filmmaker Kiran Rao released the poignant and original drama in collaboration with UTV Motion Pictures in select few cities, but the film that revolved around an experimental photographer, an ailing monk and a stock broker, enjoyed a satisfactory run in cities like Mumbai, Pune, Delhi, Bangalore and Kolkata.
Shahid: Based on the life of slain human rights activist and lawyer Shahid Azmi, Hansal Mehta-directed critically acclaimed Shahid, starring Rajkumar Rao in the title role, received ample support from the film industry and also enjoyed a good run at the box office. It collected Rs.2.05 crore in its opening weekend.
The Lunchbox: After being appreciated at various international film festivals, "The Lunchbox" proved its mettle on the domestic front too. An unconventional love story of a married woman, who is unsatisfied with her life, and an elderly man, who lost his wife many years back, collected approximately Rs.1.25 crore on its opening day. If viewers and critics raved about director Ritesh Batra's film with universal appeal, they were equally overwhelmed by Irrfan, Nawazuddin Siddiqui and Nimrat Kaur's performances in the medium budget movie.