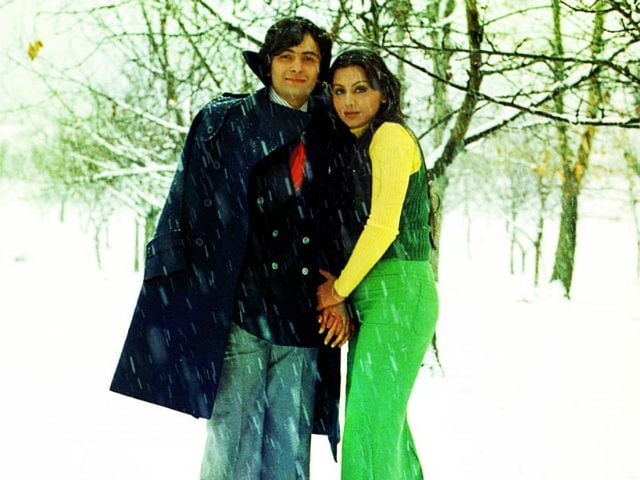 Rishi Kapoor and Neetu Singh in a still from Kabhi Kabhie.

Actor Rishi Kapoor has tweeted a four-decade old picture of the cast of his 1976 film Kabhi Kabhie, featuring Amitabh Bachchan, Neetu Singh, Shashi Kapoor, Raakhee Gulzar and Waheeda Rehman, apart from himself.
Yes. It's been 40 years:

Mr Kapoor also shared another picture from the sets of Kabhi Kabhie, where he is seen dancing with Neetuji and veteran actress Mumtaz's cousin Naseem, who also starred in the film:


My birthday party in Pahalgam,Kashmir,during filming KK. Neetu,Naseem and me in revelry. Should be sometime 1974/75 pic.twitter.com/TBPSCpjWVr