A Bachchan-Heavy 2015: From Aaradhya to Amitabh, They Have a Crowded Year 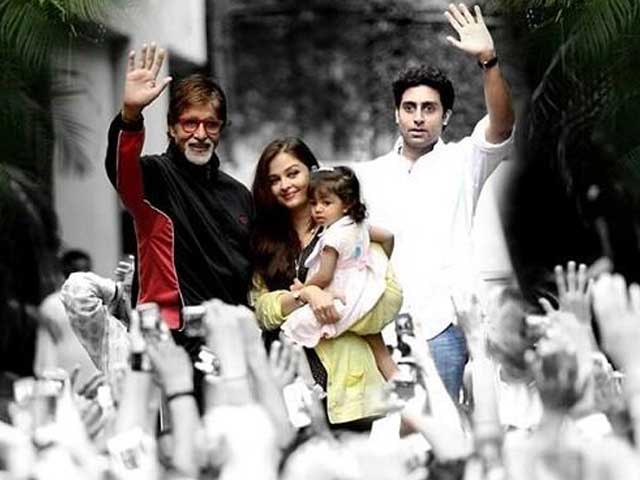 It's hard being a Bachchan in Bollywood. Each super busy member of the famous filmy family has a crowded calendar and the tiniest Bachchan also has a newly hectic schedule of her own - Aaradhya, three and a few months, has just started school.

Aaradhya's father, actor Abhishek Bachchan, said that there were no first-day jitters for the first day of school, thanks to supermom Aishwarya Rai Bachchan, who planned every last detail in advance for her daughter.

But the first day fright may be a cause of concern for the beauty queen herself, who is all set to make her Bollywood comeback in director Sanjay Gupta's Jazbaa, after a sabbatical of five years. Aishwarya, who's last film was 2010's Guzaarish, will co-star with actor Irrfan Khan in Jazbaa.

Aishwarya will also begin work on director Karan Johar's next film, Ae Dil Hai Mushkil, with Ranbir Kapoor and Anushka Sharma. Plus, she has her annual appearance at Cannes coming up.

Mr Bachchan already has his hands full in 2015 with other releases like Shamitabh with Dhanush, Piku with Deepika Padukone and Wazir with Farhan Akhtar.

And All Is Well for Jr Bachchan in 2015. Abhishek will next be seen opposite actress Asin in Umesh Shukla's romantic family drama All Is Well.Off screen, he is committed to his football and kabaddi teams.

2015 is turning out to be rather Bachchan-heavy. We don't think anybody's going to be complaining.