A 'Kapoor Sons And Daughters' Pic From the Family Album 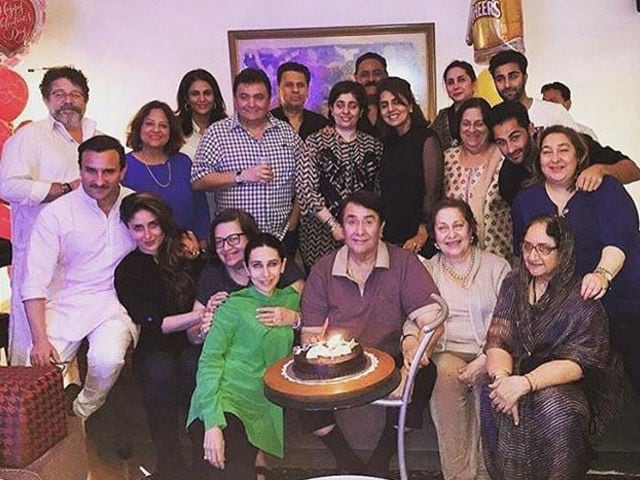 This image was posted on Instagram by Neetu Singh

Actress Neetu Kapoor shared a precious throwback picture from the Kapoor family album on Instagram which shows her actor-husband Rishi Kapoor posing with his siblings Randhir and Rajeev Kapoor, Reema Jain and Ritu Nanda. She captioned it:

Thank you, Neetuji.
Mr Kapoor, 63, was recently in the family drama film Kapoor And Sons, in which he plays the senior-most Kapoor, whose desire is to get a family photo clicked before he dies.
The film has both struck gold at the box office and impressed the critics. The Shakun Batra-directed film also stars Sidharth Malhotra, Alia Bhatt and Fawad Khan. (Also Read: 'Heartbroken' Rishi Kapoor Fell For Neetu Singh After Tiff With Girlfriend)
Rishi Kapoor will be next seen in a cameo role in Sanam Re.