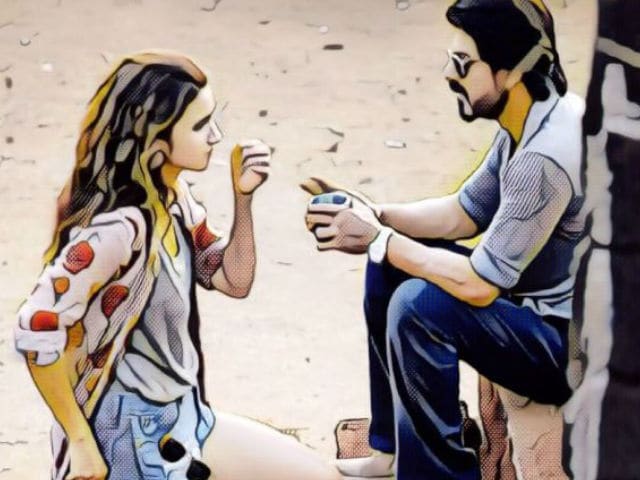 Alia Bhatt and Shah Rukh Khan shared the first look of their upcoming film, titled Dear Zindagi, on Twitter on July 19.
It was done in style, using latest picture filter obsession - Prisma. Style is only one part of it - SRK and Alia also shared a philosophical conversation which provides an insight into the film's subject.
Take a look:

In the Gauri Shinde-directed film, Alia reportedly plays the role of an aspiring filmmaker who is on the lookout for a new subject for her film and simultaneously struggling with her personal relationships.

To this SRK replied:

Alia will be paired opposite four actors - Ali Zafar, Aditya Roy Kapur, Kunal Kapoor and Angad Bedi. We wonder which "boyfriend" this is?
Shah Rukh Khan reportedly plays Alia's guide, who helps bring perspective to her life. And they fixed a meeting: