A Shah Rukh Khan Confession: 'Not Prone To Doing The Right Thing'

"I wish somehow I knew which story to tell. I am also not prone to doing the right thing, to try and make a safe film," said Shah Rukh Khan 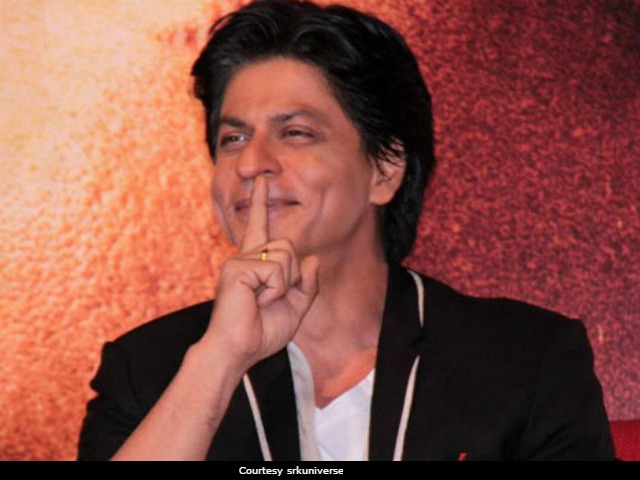 Shah Rukh Khan will next be seen in an Imtiaz Ali film (courtesy: srkuniverse)

Superstar Shah Rukh Khan has completed his silver jubilee with 25 successful years in Bollywood this year. And now, Shah Rukh has a confession of sorts to make. In an interview with DNA, risk-taker Shah Rukh says that he lacks the tendency to star in films that can be called "safe" and that he's particularly inclined towards "not doing that right thing." Of being experimental with his films, the 51-year-old star said that he would readily opt for a novel idea over a tried-and-tested formula. "I wish somehow I knew which story to tell. I am also not prone to doing the right thing, to try and make a safe film. It may seem so because people keep on picking up my safest thing and giving that as an example. My whole career, from when it started, whether it was with Ketan Mehta to Gauri Shinde or Rahul Dholakia, it's never been a stayed step into films thinking ki I will make a regular film," Shah Rukh said in his interview to DNA. Fauji (1988) and Circus (1989) continue to remain his two most popular TV shows, in which he featured even before his Bollywood debut in 1992. Shah Rukh Khan also won the Filmfare Award for Best Male Debut for his role in 1992's Deewana, in which he co-starred with Rishi Kapoor and Divya Bharti.
Shah Rukh Khan also added that box office failure is indeed "disturbing" but he has found a way around to deal with the outcome of his movies - both successful and flops. "You try," he said, reported DNA. "Sometimes, they don't work. There's nothing more to it than that. But if it doesn't work personally, I get very disturbed and sad," DNA quoted Shah Rukh as saying.
Shah Rukh Khan also said that apart from the anxiety of not being able to entertain his fans with his work, he has no other insecurity, reported DNA. "The biggest goal is can I change your mood for two-and-a-half hours when you are in the theatre and you come out walking saying that it enveloped me for these two hours in whichever way - happy, sad, intense or thinking! Besides that, there have been no other insecurities. And I have never had reasons to be insecure," DNAquoted Shah Rukh as saying in his interview.
Shah Rukh Khan forms one-third of the superstar Khan trio of Bollywood with Aamir and Salman. Shah Rukh, Salman's co-star from Karan Arjun, is yet to share screen space with the Dangal actor, said that a film with more than one superstar requires "gumption" and a good "script" to be a success, reported DNA. Of constantly being questioned about his "intentions" and being compared to the Khans, Shah Rukh told DNA: "Bottom line is, my intention is not important, your entertainment is. If I was to keep on saying, 'Please understand the intention behind my cinema and respect it for that, it won't happen." He also told DNA: "I am not going to I would never be able to enjoy the trappings of stardom."
Shah Rukh Khan was last seen as a liquor bootlegger in Rahul Dholakia's Raees, in which he co-starred with Pakistani actress Mahira Khan. He will next be seen with Anushka Sharma in an Imtiaz Ali-directed film and also has a film with Aanand L Rai in his roster.