A Singh With Major Bliing: Akshay Kumar Stars in Trailer as Raftaar 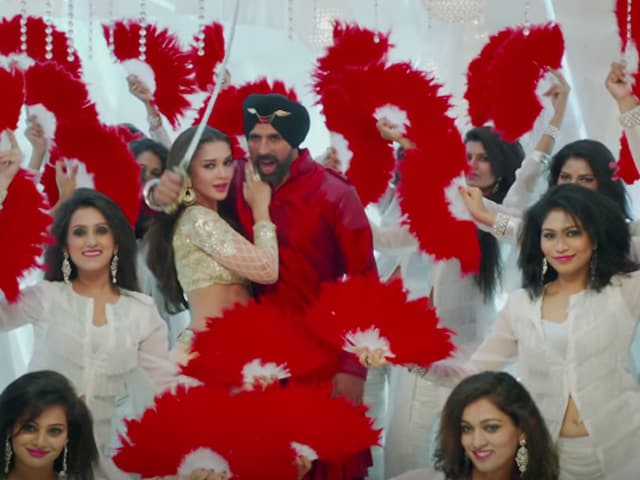 A still from Singh is Bliing.

Akshay, 'last but not least' of Punjab's 'Famous Fives,' makes his grand entry with a lion by his side. Amy Jackson stars as Raftaar Ka Pyaar

The first Singh is Bliing trailer, released on Wednesday, features Akshay Kumar as the 'last but not the least' of the 'Famous Fives' of Punjab. In the trailer, Akshay makes his grand entry as Raftaar Singh with a lion by his side.
A drenched, swimsuit-clad Amy Jackson stars as Raftaar Ka Pyaar, juggling action sequences with romance in the sprawling fields of Punjab. (Also Read: Singh is Bliing. How Much Bling? This Much)
Akshay's Housefull co-star Lara Dutta plays translator in the story of Raftaar and his Pyaar. (Also Read: Lara Dutta to Don New Look in Singh is Bliing)
The trailer also features Kay Kay Menon as the antagonist and a turbanned appearance by director Prabhu Deva.
The much-awaited comedy drama, which also features Fugly actor Arfi Lamba and Vivek Oberoi, will have music by Sajid Wajid and Meet Brothers. The movie is slated to hit screens on October 2.
Watch: