A Story From Amitabh Bachchan's 1975 Shoot in Kolkata 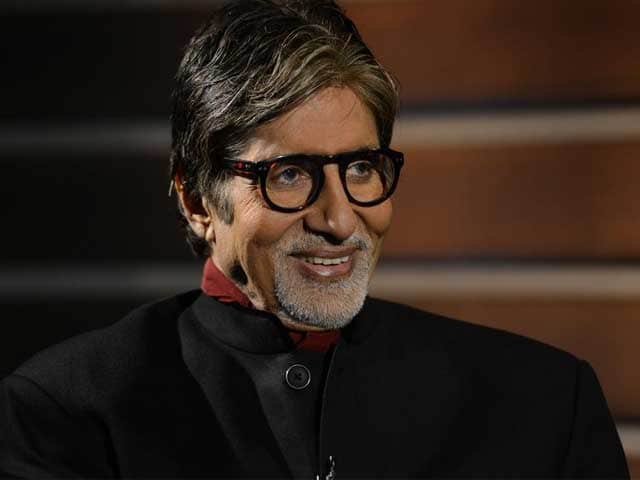 This image was posted on Twiter by Amitabh Bachchan

"I used to carry an 8mm camera with me to capture moments on shootings," Mr Bachchan posted on his blog

Over the last few months, social media has been treated to a recounting of episodes from actor Amitabh Bachchan's large reserves of Kolkata memories, triggered by the shoot schedules of work-in-progress film Piku in the City of Joy.

This photo that Mr Bachchan posted on Twitter has one such story behind it.

T 1778 - Great story behind this picture .. see the Blog for detail .. pic.twitter.com/o5Fz2DFdDO

The tale, told by Mr Bachchan on his blog yesterday, dates from when the Angry Young Man was just making his presence felt. In 1975, Mr Bachchan was shooting Do Anjaane in what was then Calcutta, a city he had lived and worked in for some years before switching lanes and careers to Bollywood. Deewar had just released and Calcutta gave the young Amitabh Bachchan a hero's welcome. The film crew were shooting the song Luk Chhip Luk Chhip Jao Na at the Botanical Gardens that lay across the Hooghly and, because the homecoming meant that Mr Bachchan was mobbed wherever he went, the hour-long drive to location was replaced by a steamer ride across the river.

This proved unproductive. Fans crowded the jetty and just as the boat pushed out, 200-odd dived into the water and swam along to the other side, writes Mr Bachchan. Authorities at the Botanical Gardens were not pleased to find the vegetation, much of it rare and precious, stomped on by the 'janta.'

The crew picked a 'safe' spot to film in, a lake separating the from the fans who were being held back by local police. Here's what happened next, as written by Mr Bachchan:

"I used to carry an 8mm camera with me to capture moments on shootings. What you see is me taking moving pictures of the crowd on the other side of the lake. But enterprising Calcuttans can never be denied their passion.

One young man on the other side of the lake, persisted with the authorities that he had to get my autograph. When told it would not be possible to go across the waters of the lake he insisted. Me seeing his unstoppable want asked the Police to let him through. But how would he come ! No problem, he put a piece of paper and pen in his mouth and gently swam with it across the water!

On reaching me his excitement was beyond words. I gave him the autograph, he put the autographed paper in his mouth again and in the excitement of the moment, DIVED head first back into the water to swim back submerging and destroying the autograph in the water. Haha!! But to him it was just that moment that he wanted."