A Visit From Anushka Sharma is Virat Kohli's Birthday Gift 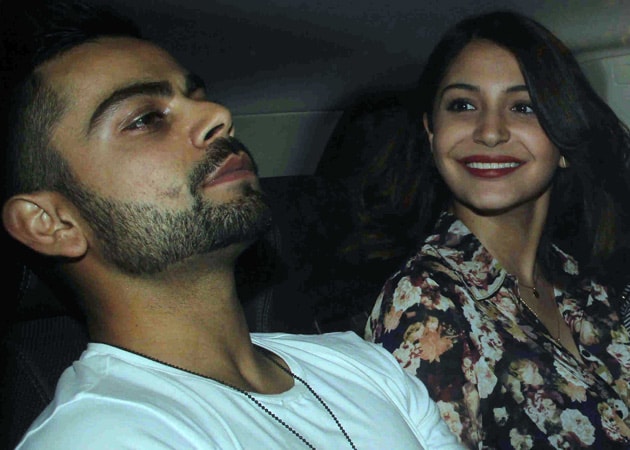 Virat and Anushka were recently spotted at a suburban Mumbai restaurant. (File photo)

Virat Kohli, who turns 26 today is in the business capital of Gujarat for a five-match ODI series with Sri Lanka

Actress Anushka Sharma is a busy bee. But the actress knows how to make her 'friends' feel special on their birthday. The actress who is currently busy finalizing the details of her maiden home production film NH10 flew to Ahmedabad to celebrate her rumoured beau, cricketer Virat Kohli's birthday.

Virat Kohli, who turns 26 today (November 5) is in the business capital of Gujarat for a five-match ODI series with Sri Lanka.

Anushka was spotted at the platinum lounge of Mumbai airport recently on her way to Ahmedabad. Her fans posted the picture below from the same day on micro blogging site Twitter.

This image was posted on Twitter by Anushka Sharma News

Further a source was quoted as saying in a Mid-Day.com report, "Anushka was seen boarding an Ahmedabad-bound flight on Tuesday. She is likely to be by Virat's side as he turns a year older and have dinner with him in the city. The celebrations might come to an end by afternoon as he has to play the match the very next day."

Earlier in May, Virat Kohli had also taken time off his busy schedule to be with Anushka on her birthday in Udaipur where she was shooting for NH10. The couple was recently spotted at a suburban Mumbai restaurant and at one of Indian Super League match.