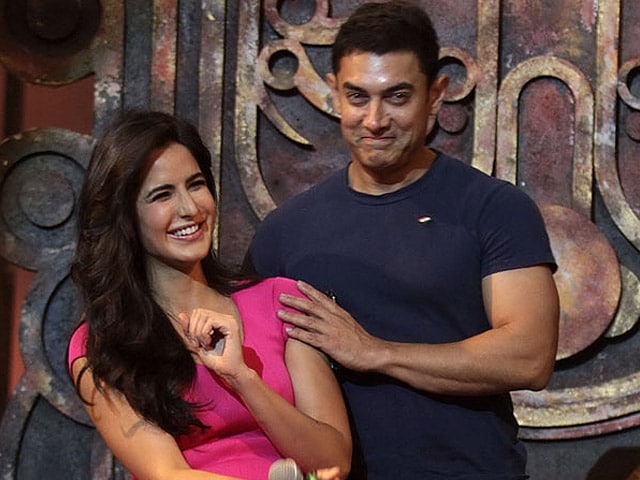 Aamir Khan and Katrina Kaif at an event in Mumbai.

Actor Aamir Khan, who has made a film based on cricket and is now working on a movie on wrestling, hopes to feature in a project on chess, a game which he enjoys playing.
The 50-year-old was present at the inauguration of the third edition of the Maharashtra Chess League on Friday.
On being asked if he'd like to do a film around chess, he said: "I would love to do a film on the game of chess if a script comes to me. But I don't work towards scripts. I like the scripts to come to me organically. Let's see if something comes up."
Aamir added: "I love playing chess and play it whenever I get the time. I play on a very amateur level but I love this game a lot."
He finds his Dhoom: 3 co-star Katrina Kaif to be a good competitor in chess. "She is a good chess player. I almost lost when I played with her," he said.