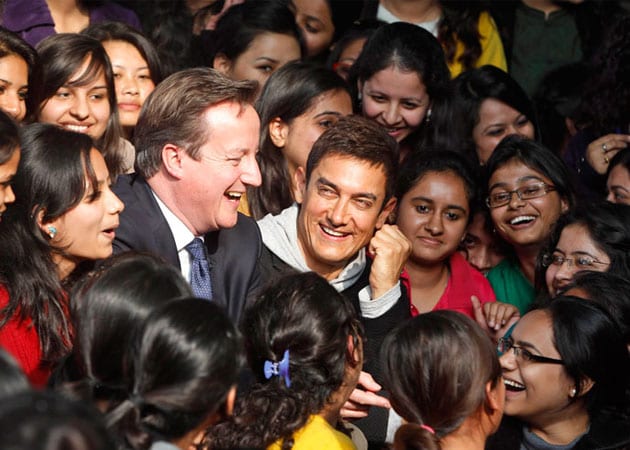 Aamir Khan, who has been at the forefront of a debate on gender equality, on Tuesday blamed the "patriarchal mindset" of people for the lesser status of women in society.

Bollywood actor Aamir Khan, who has been at the forefront of a debate on gender equality, on Tuesday blamed the "patriarchal mindset" of people for the lesser status of women in society.
Aamir, who interacted with students at a girl's college with visiting British Prime Minister David Cameron here, said most of the queries from the young women were related to the low status of women in society and how they can best use their education.
"The patriarchal thinking is to blame for the status of women in society. We are all born with it. The feeling that men are superior," he told reporters.
"We have to deal with the problem in a mature manner. We have to stop first the girl child being killed, then we have to bring her at par with facilities there for the male child," he said. Asked whether he saw movies as a medium to create awareness on the gender issue, he said: "Dealing with patriarchy is not easy. It is a gradual process. You have to win people over through whatever medium you can like -- movies, culture and art".
Aamir Khan, who interacted with the students for nearly 30 minutes with Mr Cameron, said the girls had questions on how to get jobs inside and outside the country.
On corruption, he said there was a need to eliminate corruption from amongst ourselves since the society has corruption at all levels.
"Only then we can stop corrupt leaders from being elected," he said.