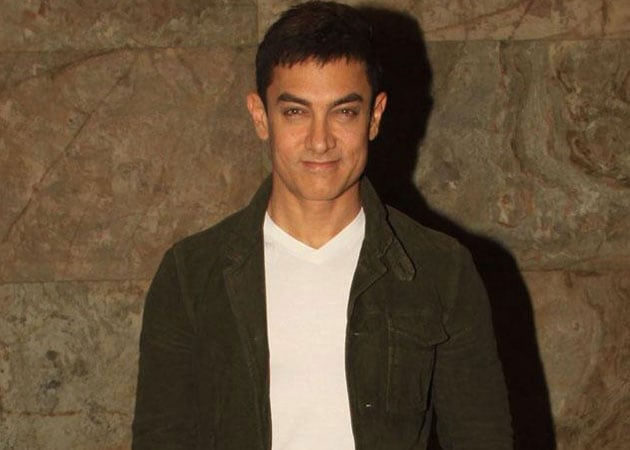 Aamir Khan made it big with his cousin Mansoor Khan's debut film Qayamat Se Qayamat Tak and the actor-producer returned the favour on Friday by hosting the launch of his debut book 'The Third Curve'.

Aamir Khan made it big with his cousin Mansoor Khan's debut film Qayamat Se Qayamat Tak and the actor-producer returned the favour on Friday by hosting the launch of his debut book 'The Third Curve'.
"Mansoor had been deeply engrossed in something for the past 10 years or so and he wouldn't tell me what it was... He has been a huge influence on me, and I sincerely believe he is one of the brightest minds I know," a casual and relaxed-looking Aamir said.
"When he told me what he was busy doing, it blew my mind," added the 48-year-old.
Mansoor, son of late filmmaker Nasir Hussain, has himself directed four films - Qayamat Se Qayamat Tak, Jo Jeeta Wohi Sikander, Akele Hum Akele Tum and Josh. But his book 'The Third Curve' has nothing to do with cinema.
An alumnus of Indian Institute of Technolgy Mumbai, Cornell University, and Massachusetts Institute of Technology, Mansoor is now settled in Coonoor, and has an organic farm. His book examines the co-relation between the compulsions of economic growth and the limits imposed on man by nature.
His book was launched by Bharatiya Janata Party leader Najma Heptullah.
Mansoor gave an analytical preview to his book through a presentation. The audience heard his understanding of how money and energy are co-related, and how, "the only currency in the universe is energy, while money is a token".
He evoked a volley of questions from the audience, which comprised economists and names like Sunanda Pushkar and cricketer-turned-MP Mohammad Azharuddin.
Aamir heard the discussions with rapt attention, and during the presentation, he plonked himself on the side of the podium to immerse himself in his cousin's economic talk.
"I get depressed and it is very worrying," Aamir said after Mansoor presented startling facts on how in the desire of exponential growth in money, the world is losing out on essential natural resources of energy.