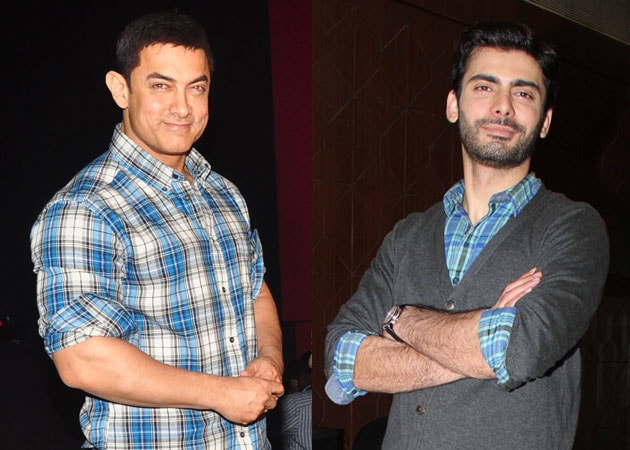 Fawad said he looks up to Aamir because he has such a versatile body of work. (Image courtesy: Varinder Chawla)

The 32-year-old actor, while hailing Aamir, 49, as an inspiring human being, said he is impressed by his TV show Satyamev Jayate, which highlights sensitive social issues prevalent in the country. (Also Read: Would Love to do Roles in Films Like 3 Idiots, Munnabhai, Says Fawad Khan)

"I have watched Aamir saab's films, he is a talented actor and someone to look up to, because he has such a versatile body of work. I got to know about his TV show and how that has solved a lot of problems in a lot of ways in India. He is an inspiring person and actor," Fawad told reporters, while promoting his Bollywood debut Khoobsurat.

The young star said that Aamir is an intent listener and even though he is a veteran in the industry, he values what others have to say. "It was good fun meeting him. He is a very enthusiastic person, he has got a lot of energy and he listens to you so intently with eyes wide open whereas he has got so much experience," the actor said.

Fawad also met Bollywood megastar Amitabh Bachchan while appearing on game show Kaun Bangea Crorepati along with his Khoobsurat co-star Sonam Kapoor. "Meeting Aamir Khan and Amitabh Bachchan was all together a different feeling because I have grown up watching their films and to see them in person feels so nice," the Zindagi Gulzar Hai actor said.