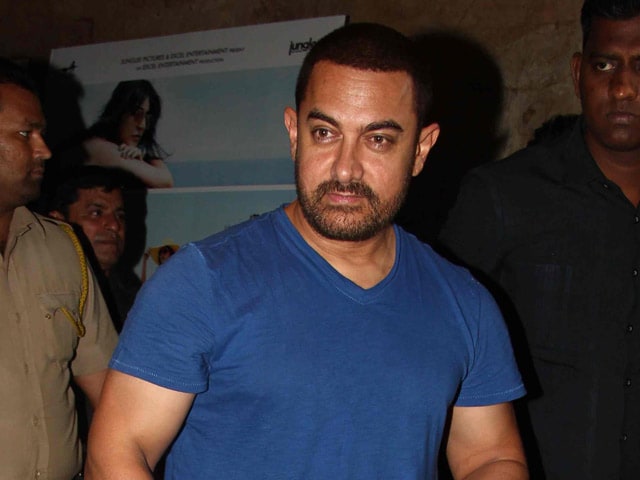 Aamir Khan at the screening of Dil Dhadakne Do

Aamir is the voice of Mehra family pet Pluto, who is the only sane member of the otherwise dysfunctional Mehra family

Aamir Khan's presence among the cast members watching a special screening of Dil Dhadakne Do in Mumbai on Thursday evening was no goodwill invite apparently - the 50-year-old actor has a role in the film, it's being reported, and a rather important one at that.
Aamir is the voice of Mehra family pet Pluto, reports Mumbai Mirror which quotes a source as saying The dog, called Pluto Mehra, is the only sane member of the otherwise dysfunctional Mehra family. He's someone who is giving live commentary about what's happening in the clan but with an objective eye."
Aamir, who starred in Dil Dhadakne Do actor Farhan Akhtar's first film as director Dil Chahta Hai, reportedly gets to voice the film's best dialogues. "Zoya is very attached to Pluto's character and she shares a great association with Aamir, who has worked in two of her banner's films. Her father, Javed Akhtar, has written the dialogues for Pluto's part and the sad-looking mastiff perhaps has the best lines in the movie," Mumbai Mirror quotes the source as having said.
There is no official confirmation of this Pluto-Aamir connection.
Dil Dhadakne Do, directed by Zoya Akhtar, stars an ensemble cast of Priyanka Chopra, Ranveer Singh, Anushka Sharma, Anil Kapoor and Shefali Shah and releases next Friday.