Aamir Khan Is Smoking Again. And He's Not Happy About It At All

Aamir Khan said: -Yes, it has started again. I am stressed about the film. But I will give up after its release- 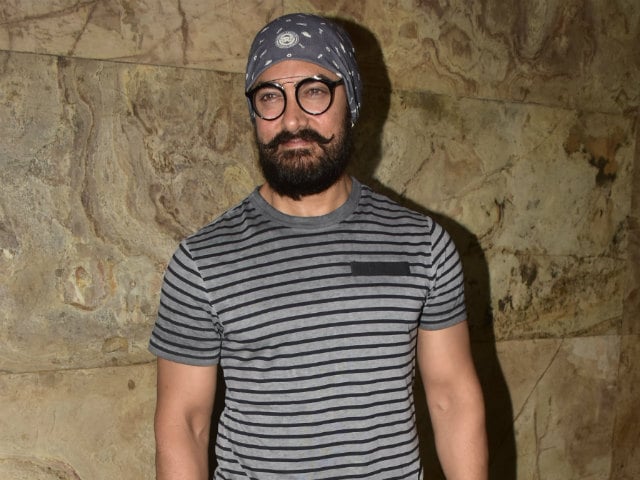 Aamir Khan: I am stressed about Dangal

Actor Aamir Khan has started smoking again, out of nervousness about his upcoming film Dangal. But he's unhappy about it and promises to give it up after the movie releases, reports news agency PTI. Aamir, 51, only makes a film a year (sometimes two years) and almost always deals with pre-release nervousness by smoking. He smoked before PK in 2014, Dhoom: 3 in 2013 and Talaash in 2012. Now, Aamir's lungs are suffering again in aid of his new film. "Yes, it has started again. I am stressed about the film. But I will give up after its release," Aamir told PTI. Dangal has almost a full month to go before it opens so Aamir is going to have to feel guilty about his cigarettes till December 23.
And he is feeling bad. "I am not happy that I am smoking again. I try not to smoke. But when my film is about to release I get nervous so I start smoking again but then I stop it as well. I don't think smoking has anything to do with acting," he told PTI. His famously fit colleague Akshay Kumar said on a recent episode of chat show Koffee With Karan that actors who don't smoke or drink will hold on to their stardom. Aamir also added a health warning. "Due to smoking health will be affected. I tell everyone not to smoke and even I try not to smoke," he said.
Dangal, one of 2016's most-awaited movies, is a sports biopic in which Aamir Khan plays wrestler Mahavir Singh Phogat who trains his daughters Geeta and Babita in his sport. To play Mahavir Phogat as an older man, Aamir put on 25 kilos. He then lost the weight for scenes featuring Mr Phogat as a young wrestler. Aamir's incredible transformation from the middle-aged out-of-shape Mahavir Phogat to the fit young man has been chronicled in a video released two days ago that has since gone viral.
Video: Aamir Khan's journey from 'fat to fit'

Meanwhile, Aamir has been characteristically diplomatic when asked to comment on Prime Minister Narendra Modi's currency ban and an advertisement starring Ranveer Singh that was recently pulled for being 'sexist.' At the real life Geeta Phogat's wedding in Haryana on November 20, Aamir said he didn't want to comment on the currency ban. He did say that wedding preparations (in which he played a significant role) had been no problem because he made all payments by cheque.
Asked about Ranveer's ad, Aamir claimed ignorance. "I don't know about the ad. I haven't seen the ad. What ad is it," he said, reported PTI. Last week, billboard for a clothing brand advertised by Ranveer Singh were removed after widespread criticism.
Aamir Khan did say that he hoped the currency ban would not affect Dangal's box office totals. "I hope it doesn't affect our film. I think things are slowly getting back to normal. I think Rock On 2 got affected because it had released right at that time, But I believe Dear Zindagi is doing quite well. Hopefully, I think it will not affect our film," he said.
Dangal, directed by Nitesh Tiwari, co-stars Sakshi Tanwar as Mahavir Phogat's wife Daya. Actresses Fatima Sana Shaikh and Sanya Malhotra play Geeta and Babita.
(With inputs from PTI)