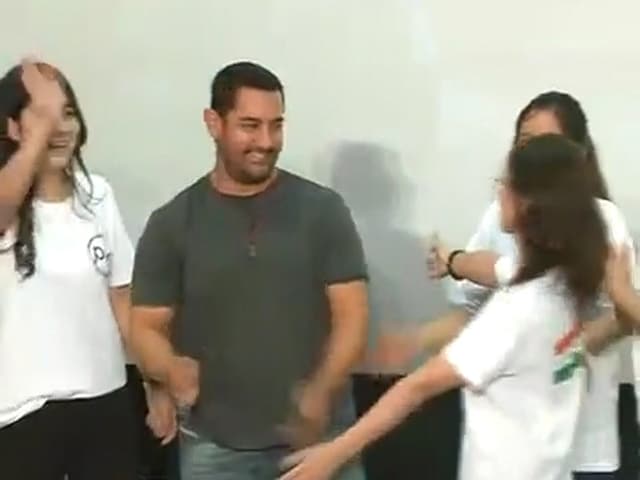 Aamir Khan with fans in Beijing.

Actor Aamir Khan beat Prime Minister Narendra Modi to China by a day. He attended the premiere of his hit film PK dubbed in Chinese in Shanghai on Wednesday and was in Beijing meeting fans on Thursday, the morning of Mr Modi flew into Xi'an to start a three-day tour of the country.
Aamir, dressed casually in a grey T-shirt and jeans, thrilled a group of Chinese students by dancing to Malang from Dhoom: 3 with them, cheered by the crowd. It was the least he could do after they presented a choreographed, if slightly unco-ordinated, routine to Zoobi Doobi from 3 Idiots.

Image courtesy: ANI
Aamir's PK is receiving one of the widest releases of any Indian film in China. He old news agency ANI that the warm welcome 3 Idiots received in the country prompted him to take PK to China. He dismissed the language barrier saying, "The fact that even people in China liked the film which dealt with issues of education proves that all human beings are essentially the same."
Aamir also said that it was simply happenstance that he was in the country at the same time as PM Modi. "It's a coincidence that these visits coincided. However, we wish his luck in his endeavors here and hope that India and China may develop a closer bond." He also said, "Films too play an important part in bringing two cultures closer," he told ANI, adding that he was 'touched' by the love and respect he had received.
PK director Rajkumar Hirani and producer Vidhu Vinod Chopra are in China with the 50-year-old actor. They will reportedly be travelling around the country to promote PK. Chinese superstar Jackie Chan has also reportedly been drafted into publicity duty for the film. 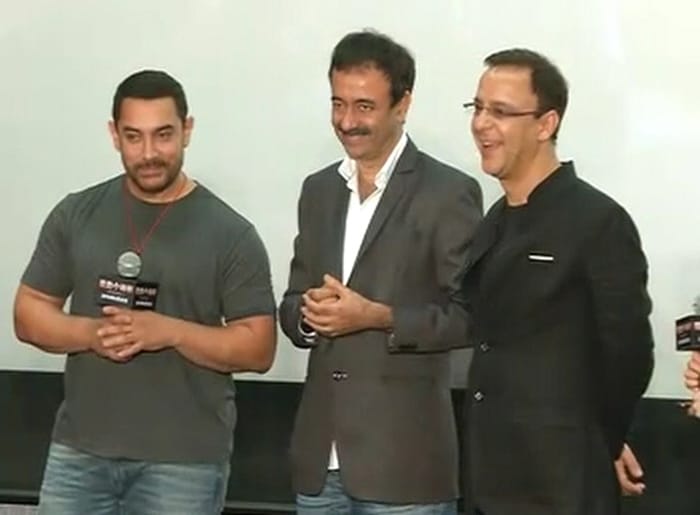