Aamir Khan: Mansoor Khan is one of the finest filmmakers India has seen 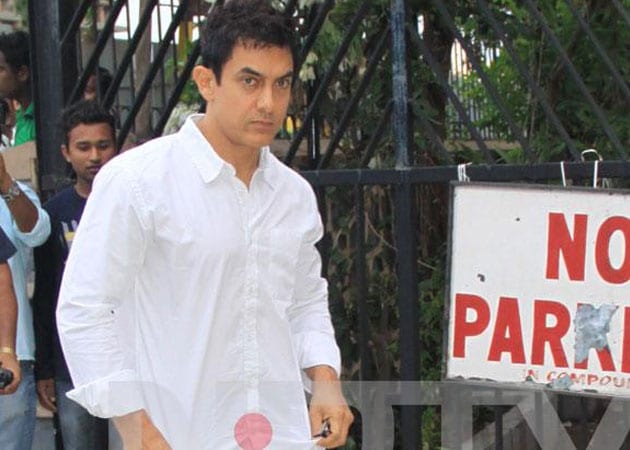 Calling Mansoor Khan "one of the finest filmmakers" of Indian cinema, Bollywood actor-producer Aamir Khan on Friday said that his cousin's decision of not making films anymore is a "huge loss" to the industry.

Calling Mansoor Khan "one of the finest filmmakers" of Indian cinema, Bollywood actor-producer Aamir Khan on Friday said that his cousin's decision of not making films anymore is a "huge loss" to the industry.
"I have grown up with Mansoor. He is one of the finest filmmakers I think India has seen. I began my career with his film Qayamat Se Qayamat Tak. I don't know why he decided not to make films. I consider it a huge loss to the industry," Aamir said here as he hosted the launch of Mansoor's debut book 'The Third Curve'.
"I'm still hoping he will come back," added Aamir, who had also worked under Mansoor's direction in films like Jo Jeeta Wohi Sikander and Akele Hum Akele Tum.
Mansoor's last directorial was the Shah Rukh Khan and Aishwarya Rai-starrer Josh. Only in 2008, he came on board as co-producer with Aamir for their nephew Imran Khan's debut film Jaane Tu... Ya Jaane Na.
Son of late filmmaker Nasir Hussain, Mansoor is an alumnus of Indian Institute of Technology Mumbai, Cornell University, and Massachusetts Institute of Technology. He is is now settled in Coonoor, and has an organic farm.
Praising his talents, Aamir said: "He has studied computer science, he has been to Cornell University and MIT...and he did a great job at films even when he had a technical background. I tried getting him back in films, but since the past 10 to 12 years, he had been deeply engrossed in something that he did not share with me."
Mansoor had been busy researching for his book, which takes a detailed analytical look into the co-relation between the compulsions of economic growth and the limits imposed on man by nature.