"I recently met him and requested that we should do a film together as it has been so long. He has also agreed, if the dates fall in place. I will definitely do a film with him in future," said Murugadoss 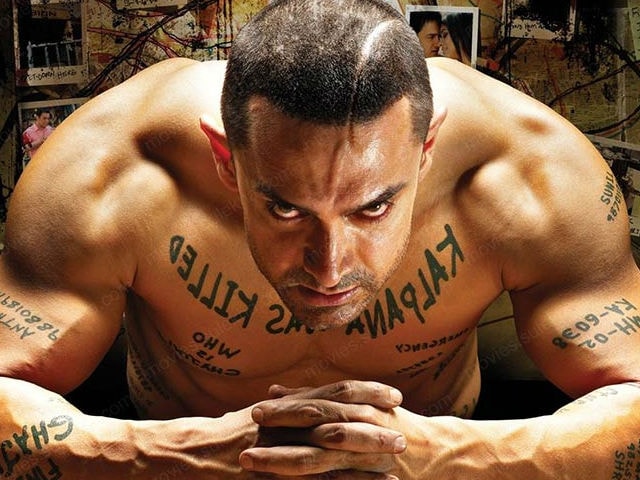 A poster of Aamir Khan's Ghajini, directed by Murugadoss.

Actor Aamir Khan may team up with director AR Murgadoss again collaborating for 2008's Ghajini. Murgadoss says he recently met the actor and they discussed about a possible collaboration in future.
"Aamir sir invests a lot a time in each project to deliver great cinema. I am also involved in projects down south and here. So, the timing is just not right," he told PTI.
"I recently met him and requested that we should do a film together as it has been so long. He has also agreed, if the dates fall in place. I will definitely do a film with him in future," he said.
The director of Sonakshi's Sinha Akira is now looking forward to Aamir's performance in the upcoming biopic Dangal where the actor portrays wrestler Mahavir Singh Phogat, who taught wrestling to his daughters.
"I saw the first look of Dangal. He had shaped his body really well in Ghajini and then again in Dhoom: 3. Again I saw his young look with six packs that was released recently," said Murugadoss.
When Murgadoss met Aamir recently, he was in the get-up of the aged wrestler and the director thought it would be an uphill task for the actor to shed those extra pounds.
"He was in the old get-up with lot of body weight and I thought to myself that he can never come back to shape again but to my surprise I saw his young look for Dangal. I was shocked. I think only Aamir sir can pull off something like this with his grit and determination," he said.
Murgadoss is hopeful that like Aamir's previous films, Dangal will also be a huge box office hit. "I have no doubts that this movie will succeed and cross his (previous) milestone," he added.
(Except for the headline, this story has not been edited by NDTV staff and is published from a syndicated feed.)