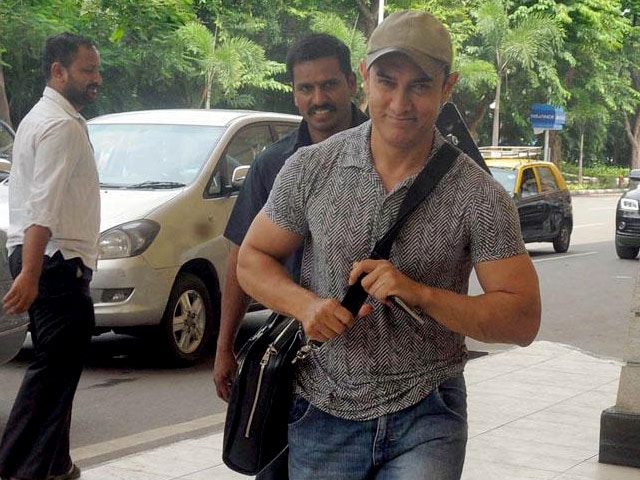 Dibakar Banerjee said he wanted a villain who can give competition to Byomkesh.

Dibakar Banerjee said that he approached Aamir Khan for the role but he turned him down due to Dhoom: 3

Director Dibakar Banerjee said that Aamir Khan is not playing the baddie in his film Detective Byomkesh Bakshy!, adding that the superstar had rejected an offer for the role.

Dibakar, who launched the film's second trailer where a man with a mask grabs the limelight, said Aamir did not take up the role as then he was already playing a negative character in Dhoom: 3.

"I was looking for a villain who can give competition to Byomkesh and can also attract the audience. So, we went to Aamir and gave the narration to him but he passed the film and said maybe not this one. Later on I came to know that he is doing Dhoom: 3 in a negative role," Dibakar told the reporters.

The Shanghai director, who bought the rights of all 33 Byomkesh Bakshi stories penned by eminent Bengali writer Sharadindu Bandyopadhyay, said he will think about giving a big screen adaptation to the rest of the stories after the release of the film.

"We are waiting for the first film to do well. This kind of film has not been made. Many years back in the 1950s there was a trend of such films now that tradition has gone. The aim was to make a film which has newness in it," he said.

"Our franchise is ready. We would love the franchise to go on. Byomkesh 1 is over for me and now Sushant and I think about the rest of the stories," he added.