Aamir Khan says Abhishek Bachchan was never meant to be at Dhoom:3 event 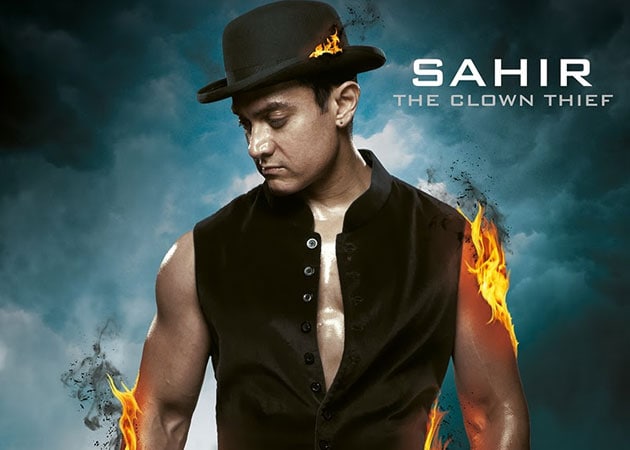 Aamir Khan will be playing the antagonist in Dhoom: 3.

Abhishek Bachchan, star of three Dhoom films, may have been missing from the launch of the title song of Dhoom: 3 on November 14 but co-star Aamir Khan says that's OK.

Abhishek Bachchan, star of three Dhoom films, may have been missing from the launch of the title song of Dhoom: 3 on November 14 but co-star Aamir Khan says that's OK.
Aamir, who plays the villain Sahir in the latest edition of the hit series, told the press: "Abhishek and I launched the first trailer of the film. With every event you will see different actors from the film."
Aamir was speaking at the recent unveiling of Dhoom: 3 dolls, modeled on the characters played by him and actress Katrina Kaif.
When asked, Aamir couldn't explain away the absence of an Abhishek doll. He said, "I think dolls in this case were made just for Katrina and me. But I think that's a very valid question. Jai and Ali are popular characters from the film and dolls should be made for them too."
Abhishek's non-appearance at the launch of the Dhoom: 3 song has been commented upon, and it is believed that the actor only found out about the event when producers Yash Raj Films issued a tweet announcing a delay of two hours because Aamir had postponed his exit from Mumbai's Wankhede Stadium where he was watching Sachin Tendulkar play his final test match.
However, Rafique Gangjee from YRF had told Daily News and Analysis (DNA): "The trailer was launched by Aamir Khan and Abhishek Bachchan and the Dhoom Machale song was always meant to be launched by Katrina Kaif with Aamir Khan."
Dhoom: 3, which is the third movie in the Dhoom series, is expected to hit theaters on December 20.
Watch: