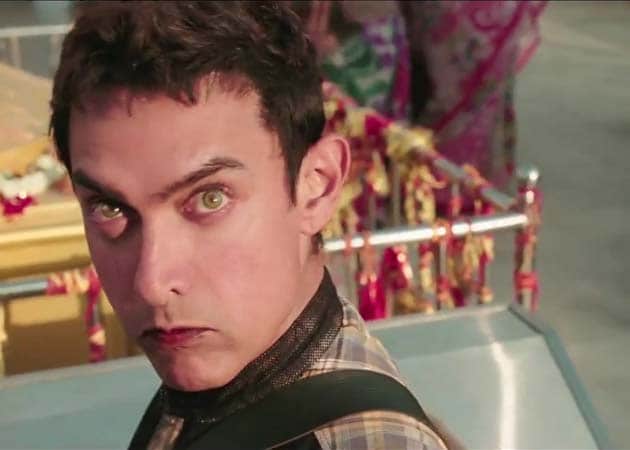 A still from the trailer of PK

Superstar Aamir Khan unveiled the teaser of his forthcoming film PK on Diwali on Thursday and the superstar hopes the movie tastes success.

"Coincidently my films have been releasing during Christmas and each year, I have been showing the trailer during Diwali. So, we decided to do the same this Diwali as well. I hope the film works for us," Aamir told reporters here during the teaser launch of PK.

He previously tasted box office successes with Taare Zameen Par, Ghajini and 3 Idiots, which all came out during Christmas.

And it seems like the new Rajkumar Hirani directorial will join the list of his successful movies as Aamir, often referred to as "Mr Perfectionist", has again put in his best to make his character look convincing.

"I am not used to eating paan, but for this film I have eaten as many as 50 to 60 paans in a day because of my character. We used to have a paanwala on the sets," he said.

Talking about the film, Aamir said "Like Raj Kumar's other films even this film will have a strong message. This is the toughest role of my career. I have hardly blinked in this film because of my character".

I can't reveal much as the crux of the story will get revealed. There are lot of rumours. People feel that I am playing a double role, some feel I am playing an alien but wait till the film releases," he added.