Aamir Khan To Star As Astronaut Rakesh Sharma In Biopic

Aamir Khan will play Rakesh Sharma, the first Indian to fly into space. The film will be reportedly produced by and Aamir and Siddharth Roy Kapur 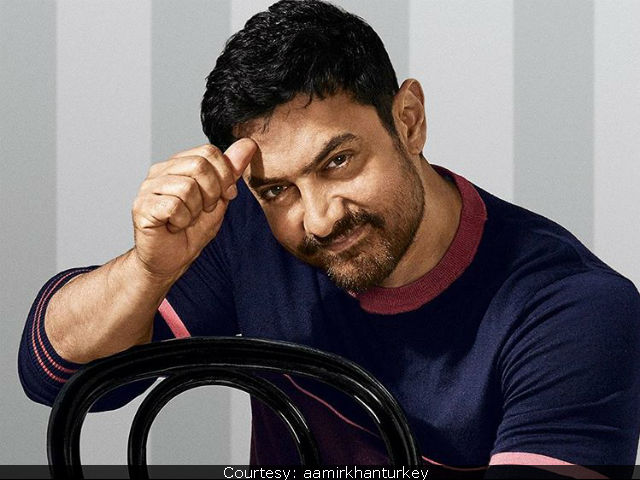 After Dangal, actor Aamir Khan is all set to star in another biopic based on the astronaut Rakesh Sharma. The 51-year-old actor will feature as Rakesh Sharma, the first Indian to fly into space, reported Mumbai Mirror. The report suggests that the film will be the story of retired Wing Commander Rakesh Sharma and it will be titled Salute and produced by Siddharth Roy Kapur and Aamir Khan. "Siddharth had approached Aamir with the script of his last film and this time too he went straight to him. The 2018 film will be made under his newly-launched banner RK Films (Roy Kapur Films). It will be directed by Mahesh Mathai," Mumbai Mirror quoted a source as saying.
Mumbai Mirror also quoted the then Prime Minister Indira Gandhi and Rakesh Sharma's conversation from the space. Mrs Gandhi had asked Mr Sharma how India looked from outer space, and his answer was, "Saare jahan se achcha."
Mahesh Mathai, who is likely to direct the film is a well-known ad filmmaker. He has directed films like Bhopal Express and Broken Threads.
Aamir Khan last featured in the wrestling drama Dangal. The film was a sports biopic based on a Haryanvi wrestler Mahavir Singh Phogat and his daughters Geeta and Babita Phogat. Aamir played Mahavir Singh Phogat, who trains his daughters against all odds to become wrestlers. Geeta, played by Fatima Sana Shaikh fulfilled her father's dream by winning a gold medal at the Commonwealth Games while Babita (Sanya Malhotra) won silver.
Meanwhile, Aamir Khan will be seen in Thugs Of Hindostan opposite Amitabh Bachchan. The film is directed by Vijay Krishna Acharya and produced under Yash Raj Banners.