Aamir Khan Wants To Work With Baahubali Director, Has An Option Ready 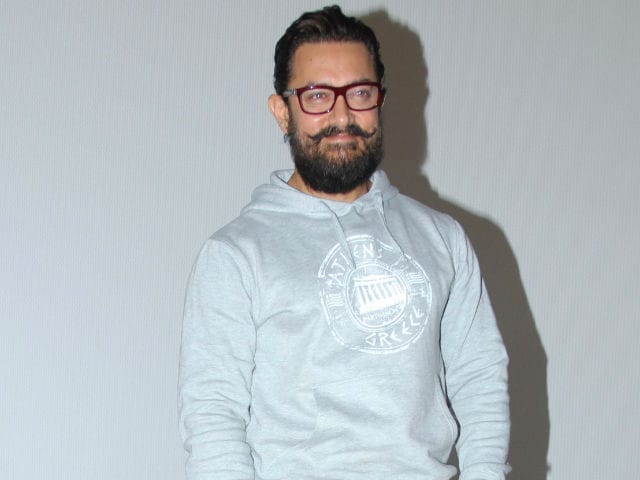 Aamir Khan is all set for Dangal's release this Friday but the actor already has chalked out some impressive options for future projects. Aamir Khan, 51, is keen to collaborate with Baahubali director S S Rajamouli and said that he is a "huge fan" of his work. The actor told news agency IANS: "I'm a huge fan of Rajamouli's work and if he ever plans to make Mahabharata, I'd love to play Krishna or Karna. I might actually go with Krishna." Aamir's Dangal is a sports biopic based on the life of wrestler Mahavir Singh Phogat, who coached his daughter Geeta and Babita in the sport against the societal norms.
Aamir, who approached Rajinikanth to dub for Dangal, also revealed his bucket list of actors he wants to work with from the southern film industry. Aamir told reporters at an event in Hyderabad: "I look forward to an opportunity to work with Pawan Kalyan, and I also like his brother Chiranjeevi's work."
The Nitesh Tiwari film will release on December 23 in Hindi, Tamil and Telugu. Aamir initially wanted Rajinikanth to dub for him in Tamil however in an interview to the Indian Express he said: "I did approach Rajini sir and he loved the film. After discussing with him both he and I felt that his voice is too recognisable. He is so popular that his voice won't suit my face. We both felt that. But he loved the film. He was very encouraging."
Aamir Khan's Dangal also stars Sakshi Tanwar, Fatima Sana Shaikh, Sanya Malhotra and Aparshakti Khurana.
Aamir Khan, who plays both young and old version of Mahavir Phogat, famously put on weight up till 95 kilos for to shoot for the older part and the lost the excess weight to play young Mahavir Phogat. However, Aamir says that not him but his onscreen daughters will win over the audience when the film will release.
Watch Aamir Khan's transformation for Dangal

To see if Aamir's right, we have to wait till this Friday.
(With inputs from IANS)