Aamir Khan: Would be happy if my daughter joins film industry 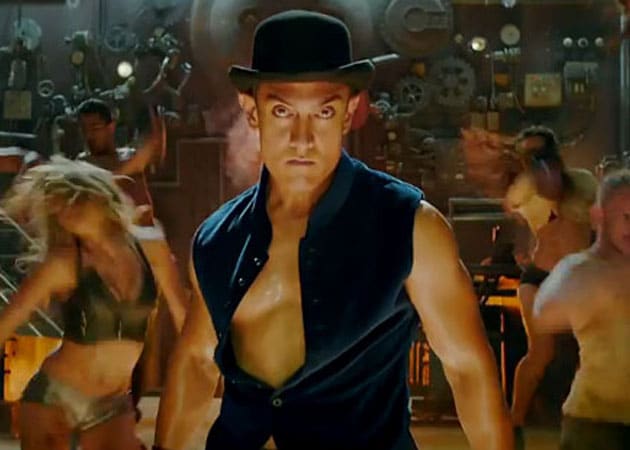 Aamir will next be seen in Dhoom: 3.

Actor-producer Aamir Khan would be happy if his daughter, Ira, joins Bollywood, and says he has no intention of imposing his decision on his children.

Actor-producer Aamir Khan would be happy if his daughter, Ira, joins Bollywood, and says he has no intention of imposing his decision on his children.
"I would love that, but I have no idea. I don't ask them," Aamir said.
Aamir has two children - son Junaid and daughter Ira with his ex-wife Reena. He also has a son named Azad with his current wife and filmmaker Kiran Rao.
"They should do what they feel like doing. No pressure from me or from any of us. If they decide to come to the films, I would like all my children enter films," he said.
"If they enter a field where I am in, Kiran is in, we will be able to work together, hopefully, and that would give me great amount of joy. So, I would be very happy if my daughter joins the films," said the 48-year-old.
Junaid is already assisting director Rajkumar Hirani in Peekay, which stars Aamir, who also produces movies under his banner Aamir Khan Productions, which has made films like Taare Zameen Par, Peepli Live and Delhi Belly.
Will you produce Junaid's film?
"Junaid, why not? If he comes up with a good script and if I have the trust and faith in him as a director, then definitely. He will have to satisfy me like any other director.
"He is working with Raju and he is really happy being on the set that's a good thing and a good starting point. I think he is doing well. It depends on what he wants to do as he has not told me yet what he wants to do."