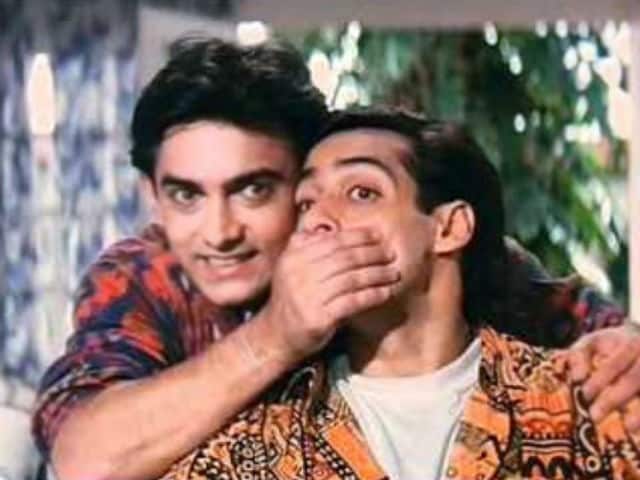 Aamir Khan and Salman Khan in a still from Andaz Apna Apna.

Actor Aamir Khan, who starred in the 1994 film Andaz Apna Apna with Salman Khan, hopes to work in the sequel to the film with the Bodyguard actor.
"I would love to do Andaz Apna Apna 2 with Salman. If the script is good, then we will do it. I hope to work with Salman again but the right script and film has to come up. I'm sure both of us would love to do it," Aamir told reporters here on Thursday.
When Aamir was asked which actors could reprise their roles for a remake, he said: "For that, you have to tell me the script. "
The original film, a comic caper directed by Rajkumar Santoshi, featured an ensemble cast of Aamir Khan, Salman Khan, Karisma Kapoor, Raveena Tandon, Paresh Rawal, Shakti Kapoor, Shehzad Khan, Viju Khote and Javed Khan with cameo appearances by Govinda and Juhi Chawla. Mehmood, Jagdeep and Deven Verma appeared in minor but pivotal roles.
Phantom Films has bought the rights to the 1994 original. Phantom Films is co-owned by Vikas Bahl, Vikramditya Motwane - of which one will direct the update - Anurag Kashyap and Madhu Mantena.