Aamir Khan's Dangal: The dialogues that Aamir Khan delivers in Dangal, set in the world of wrestling and rooted in rural Haryana, are simple, to the point and incisive 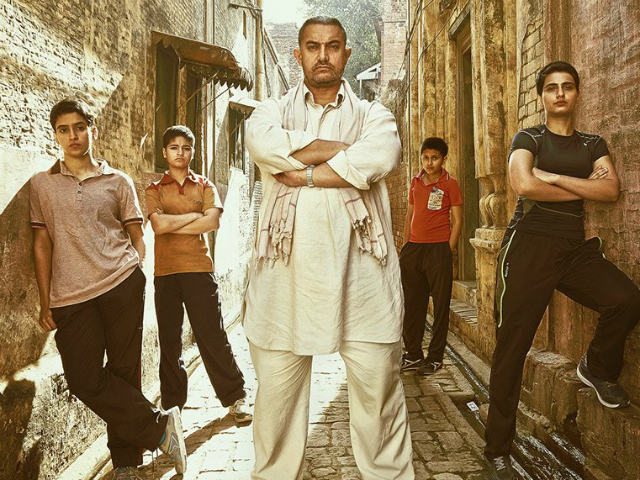 Aamir Khan's Dangal: A poster of the wrestling drama

An Aamir Khan film in which he does not toss off a string of insouciant lines of dialogue wouldn't be an Aamir Khan film. Pretty much in the tradition of 3 Idiots and PK, the star's latest release, Dangal, sets off in an all-new direction as he comes up with many a rough-and-ready home-truth about life and sporting success. The dialogues that Aamir Khan delivers in Dangal, set in the world of wrestling and rooted in rural Haryana, are simple, to the point and incisive. The lines capture the rustic and uncomplicated spirit of wrestler-turned-coach Mahavir Singh Phogat's rugged land. The stage is set right at the outset and the audience is left in no doubt whatever about the stern stuff that Mahavir Phogat is made of.
Here are six killer lines from Dangal with a little backstory for each.
Watching grainy TV images of a wrestling final in the 1988 Seoul Olympic Games in a small-town government office, Aamir's character gets into a slanging match with a much taller colleague. The latter challenges the hero to a wrestling bout. Mahavir accepts the challenge. Chairs and desks are moved out of the way to create space for the duel. For Mahavir Phogat, it's a walk in the park. He gets the better of his opponent thrice in a row with the moves of a true champion. The vanquished man sheepishly says: Dum hai tere mein, state-level champion ko haraya hai tune (You are no mean fighter, you have defeated a state-level champ).
Not to be outdone, Mahavir retorts without batting an eyelid: "Don't lose heart, you have lost to a national-level champ." 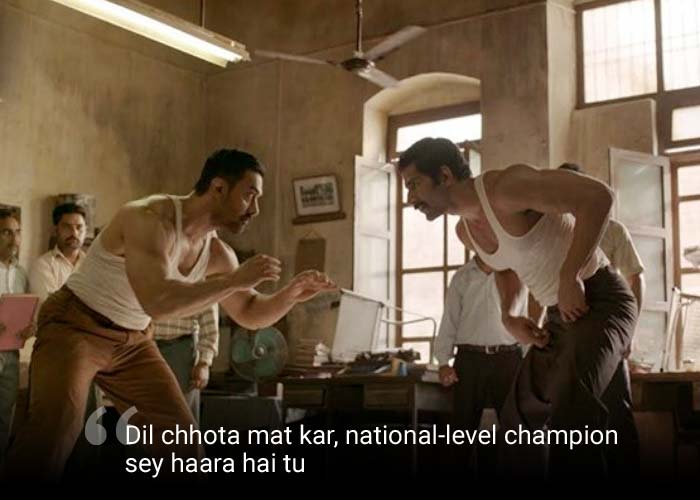 Much more of similar timbre follows as Mahavir Phogat goes about his mission of grooming a new generation of wrestling champions in his own home, despite the fact that his wife does not bear him the son that he hopes will one day help him fulfil his unrealized dream of winning a medal for his country.
"I kept lamenting that if I had a son he would win a gold medal for the country. I did not understand that a gold medal is a gold medal, whether it is won by a son or a daughter," he says. 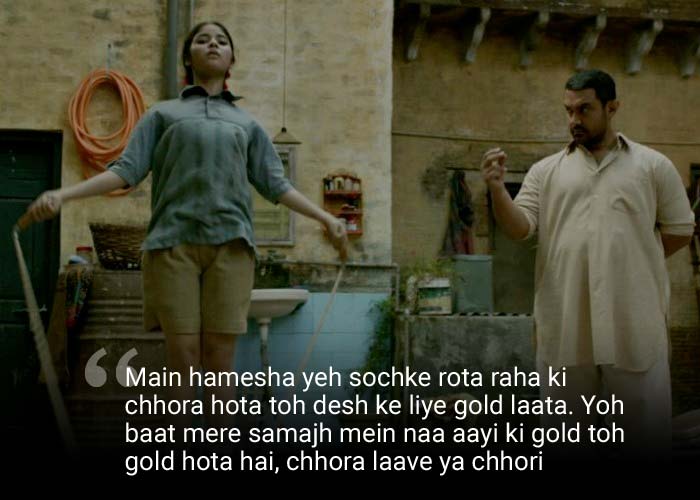 He declares: "We are done with wrestling. It's time for a real fight." 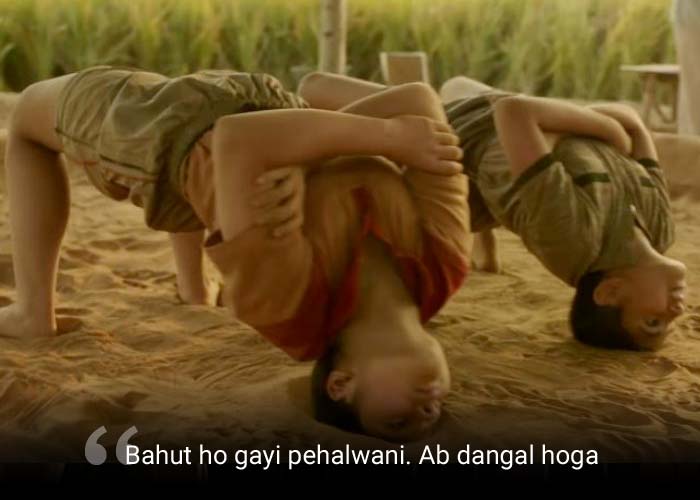 And that fight is obviously not his alone. Two of his daughters are in it too. Mahavir Phogat stops at nothing to turn his girls into invincible grapplers. When one of the daughters complains that wrestling in the mud pit is messing with their hair, Mahavir gives them both a crew-cut.
He says: "I will eliminate anything that deflects their attention from wrestling." 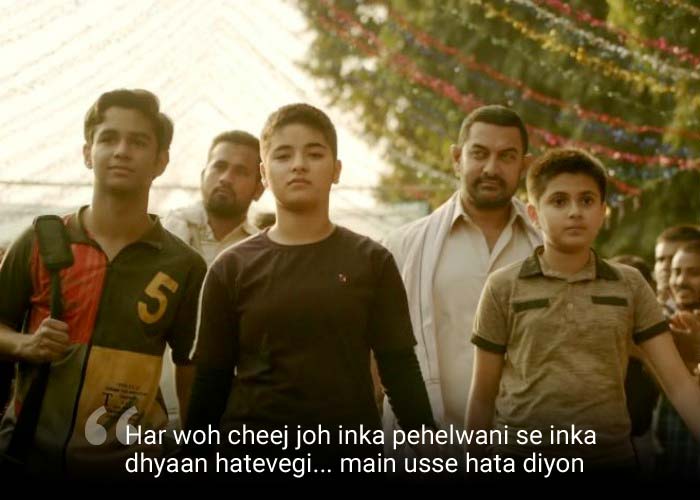 He is mindful of the sacrifices that a champion needs to make in order to rise to the top of the heap. "Medalists do not grow on trees, they have to be forged," says Mahavir Phogat. 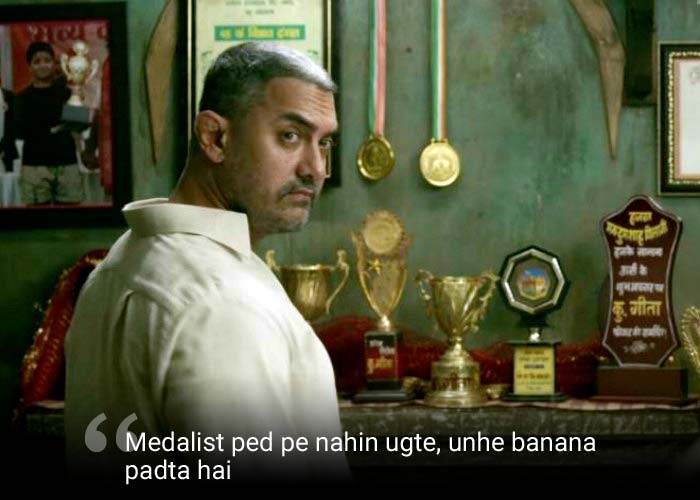 He goes all out to inculcate the killer instinct in his daughters. As Geeta prepares for a make-or-break Commonwealth Games bout, Mahavir gives her a defining pep talk. "If you win a silver medal, you will be forgotten sooner or later. If you win gold, you will set an example. Examples are given, not forgotten," he tells Geeta. 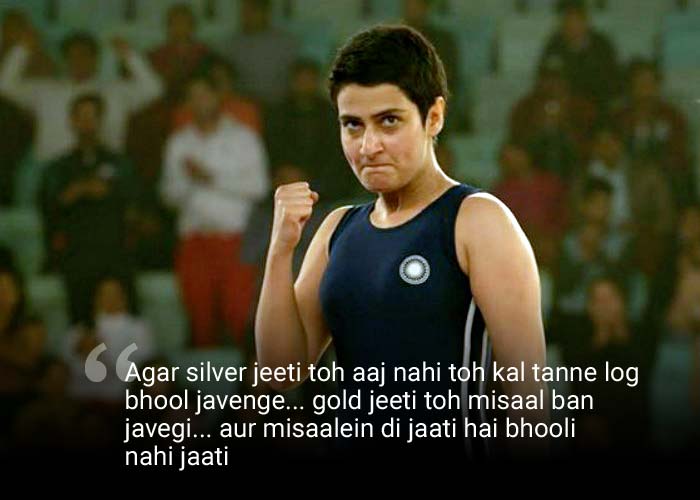