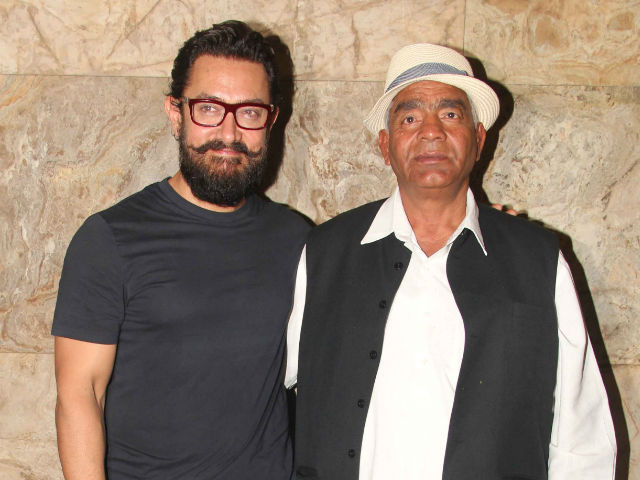 Aamir Khan's on a screening spree for Dangal

Superstar Aamir Khan will screen his latest film Dangal in Mahavir Singh Phogat's village on December 22, a day before the film will hit the screens. The wrestler, who is the film's subject, hails from Balali village in Haryana. Mahavir Phogat famously coached his daughters to become professional wrestlers, against the society's wishes who often told him wrestling is a man's sport. However, Maahvir Phogat, emulated by Aamir Khan on the big screen, only hoped to fetch a gold medal in the sport and wasn't bothered if it was a chora or chori. His elder daughter Geeta Phogat fulfilled his dream in the 2010 Commonwealth Games. The Nitesh Tiwari-directed film depicts Mahavir Phogats journey and now Aamir wants everyone in his village to see.
Aamir had apparently planned to screen the film in Balali while prepping for his role as the 51-year-old actor bonded well with the residents there. Aamir's also keen to show the final film to everyone in the village as Dangal depicts their lifestyle and brings to celluloid the story of one of their most renowned families.
Apart from the home screening, which started at least three months back, Aamir showed the film to MNS chief Raj Thackeray in Mumbai on December 20. 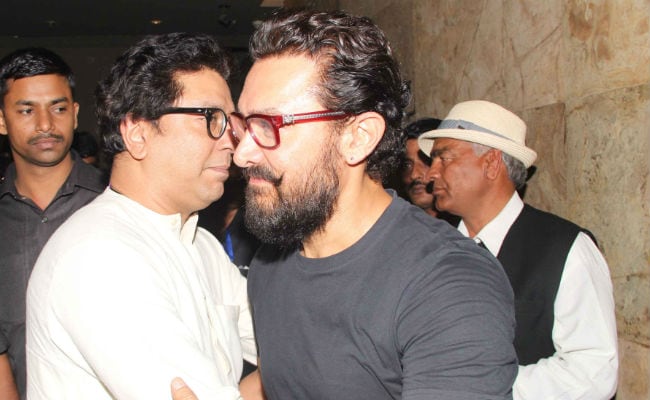 He also invited Sachin Tendulkar and Mahavir Phogat and his family to the do. His onscreen daughters Fatima Sana Shaikh and Sanya Malhotra also joined the group. 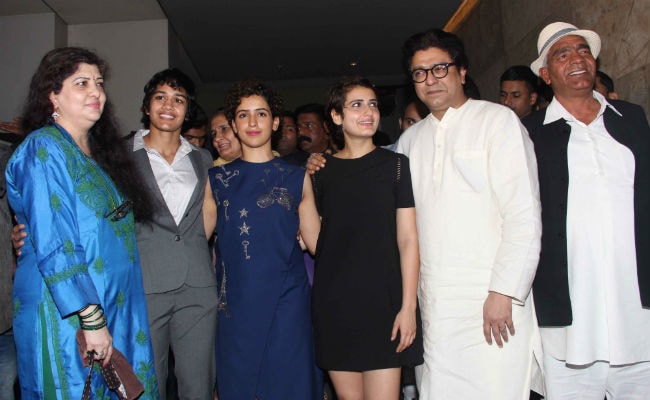 Mahavir Phogat and his family also attended the screening in Mumbai

Aamir also told news agency PTI that he will fix up a special screening of the film for Shah Rukh Khan and his Andaz Apna Apna co-star Salman Khan at per their convenience. He's texted them but their schedule diaries are booked with prior commitments. Sooner or later, we hope to see the three Khan's watch Dangal together. Meanwhile, celebs who've seen Dangalcannot stop raving about the film and unanimously said that it's the best film so far. Karan Johar on his talk show Koffee With Karan hosted Aamir and his onscreen daughters Fatima and Sanya, and there he vouched for the film and said that it's incredible. Others took the Twitter route:


#Dangal was an emotional experience for me. Even today, a father's struggle with society & self for his daughters is very real...

@aamir_khan's transformation reflects his utter dedication. His honesty makes #Dangal relatable & cinematically spectacular, all at once!

What a film #dangal is !!! Such an important event for the women & sports in our country @aamir_khan inspires us again, spellbound & in awe.

Directed by Nitesh Tiwari and jointly produced by Aamir Khan, Kiran Rao and Siddharth Roy Kapur, Dangal is slated to release on December 23.