Dangal: Aamir Khan has appealed to the distributors of the film not to hike ticket prices. The film releases on December 23 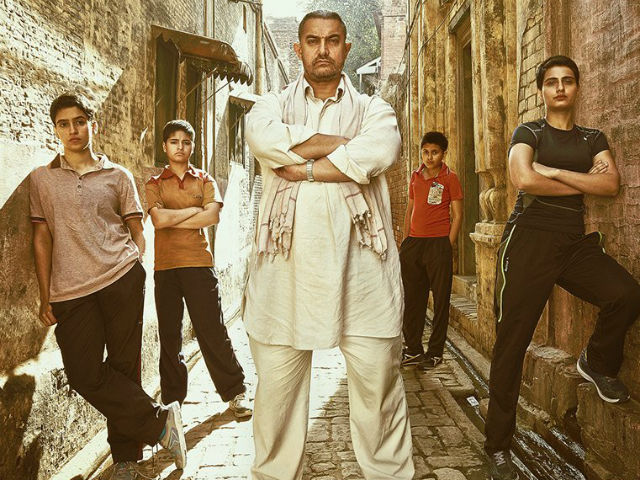 With just a couple of days to go before Dangal releases, actor Aamir Khan has appealed to the distributors of the film not to hike ticket prices, reports news agency PTI. Tickets for films opening on festival weekends are often priced higher than other movies. Dangal, a sports biopic based on the life of a Haryanvi wrestler Mahavir Singh Phogat, played by Aamir Khan, releases this Friday, a day before the Christmas weekend. According to a press release shared by news agency PTI, Aamir, 51, has asked the distributors to ensure that tickets are sold at the same rates as those for films like Salman Khan's Sultan.
Aamir is also trying to make the film tax-free as he thinks that Dangal is a film that should reach the masses. "I want this film to reach more and more people. I have requested theatre owners not to increase the ticket prices. Its good if the film is declared tax-free. The audience benefits if the film is tax-free. We have applied in 12 states for making it tax-free," the press release quoted Aamir as saying.
Directed by Nitesh Tiwari, Dangal co-stars Sakshi Tanwar as Mahavir Singh Phogat's wife Daya Kaur. Actresses Fatima Sana Shaikh and Sanya Malhotra play his daughters Geeta and Babita.
Aamir Khan will host a special screening of the film in Mahavir Singh Phogat's village, Balali in Haryana, today. The Phogats were special guests at a screening held in Mumbai earlier this week. It was also attended by Maharashtra Navnirman Sena chief Raj Thackeray, cricketer Sachin Tendulkar, actors Anil Kapoor, Arjun Kapoor and others. Aamir has also planned a special screening for the other two Khans of Bollywood, Shah Rukh and Salman. However, neither have replied to Aamir's text, reported news agency PTI.
Dangal is already a hit with those celebrities who have watched the film. Karan Johar said on his show Koffee With Karan that the film is Aamir's best work so far and will be a massive hit.
Dangal is Aamir's first film in two years. He was last seen in Rajkumar Hirani's PK, co-starring Anushka Sharma, in 2014.
Produced by by Aamir Khan, Kiran Rao and Siddharth Roy Kapur, the film portrays the journey of Mahavir Phogat as a wrestler and how he trains his daughters Geeta and Babita to be wrestlers, much against the wishes of his male-dominated society.
(With inputs from PTI)