Dangal: Fatima and Sanya have played Aamir Khan's onscreen daughters in the film 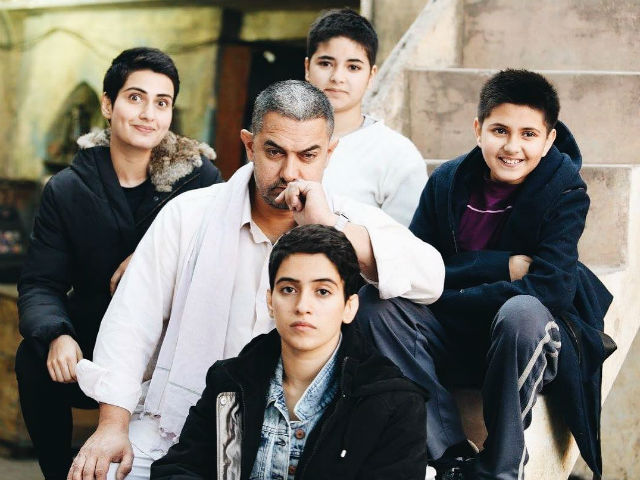 With just five days of its release, Aamir Khan's Dangal has managed to leave an impact on the audience. The film has already been declared a success and is everyday setting new records at the box office and has so far collected above Rs 150 Crore. The entire team has left no stone unturned in promoting the sports biopic and even after the film's release, some videos, behind-the -scenes footage are being released. Yesterday, the makers of the film released a video of Aamir training with his five-year-old son Azad during the sessions and now we bring to you some more pictures from the film's shoot shared on social media by his onscreen daughters Fatima Sana Shaikh and Sanya Malhotra.
Fatima and Sanya played Geeta and Babita Phogat in the film. Fatima fulfills her father's dream of winning gold medal for India in wrestling in the 2010 Commonwealth Games.
Here are some pictures that you would definitely want to have a look at:

Written and directed by Nitesh Tiwari, Dangal is a sports biopic based on the life of a Haryanvi wrestler Mahavir Singh Phogat, who trains his daughters to be wrestlers like him.
The makers of Dangal are also set to release the making of the film in virtual reality. The new virtual reality (VR) will give an insider's view on how the movie was created, dance rehearsals to Aamir's workout regime.
Dangal received an overwhelming response from Aamir's Bollywood's colleagues too and most of them said that it his best film so far.