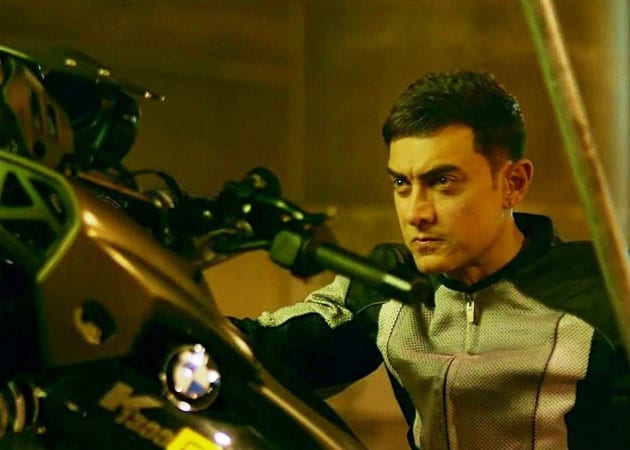 Aamir Khan-starrer big-budget action thriller Dhoom: 3 has collected Rs 69.58 crore -- which includes earnings from Tamil and Telugu versions -- in two days of its release, an official statement said.
Directed by Vijay Krishna Acharya, the third instalment of Yash Raj Films' popular Dhoom franchise came out on Friday (December 20, 2013) and opened to mixed reviews. But it seems the box office collection is satisfactory.
On Friday, the well-packaged enrapturing drama clinched a total of Rs 36.22 crore at the box office, while on Saturday the earnings were recorded to be Rs 33.36 crore.
Abhishek Bachchan and Uday Chopra, who have been constant in the cast since Dhoom, reprised their roles of cop and sidekick, respectively. Katrina Kaif added glamour to the film and the actress was seen in beautifully designed sequences.