"This is one dialogue I use it in my life. Whenever Kiran and I have guests over at our place and I feel like it's enough," said Aamir 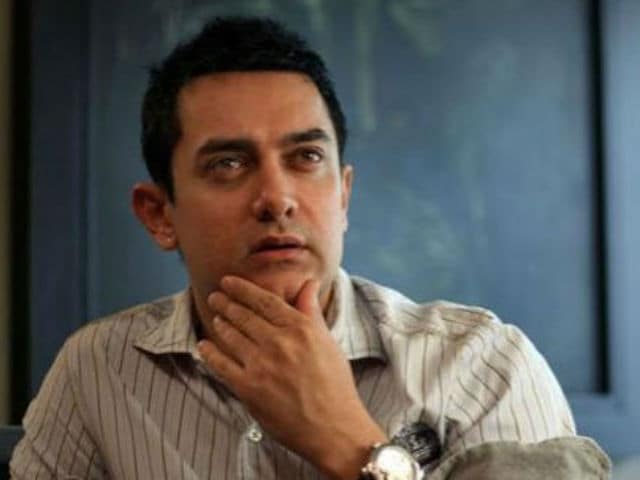 Superstar Aamir Khan says he has a special line to signal his guests that it is time for them to leave which he learnt from his filmmaker uncle Nasir Hussain.
Aamir says he simply stands up and tells his guests, "It was great meeting you all," which should be interpreted as "Bye. Please go home now."
"One thing I have learnt from him and imbibed. We all, the kids, used to sit and eat in his room. He was very fond of us. But when it would be his time to sleep, he would signal at us by saying, 'It was great meeting you all'. Every time he would want to show that he had enough of the guests, he would say that," Aamir said at the launch of Nasir's biography, Music Masti Modernity: The Cinema of Nasir Husain.
"This is one dialogue I use in my life. Whenever Kiran and I have guests over at our place and I feel like it's enough. I just say, 'It was great meeting you all'! That's a way of saying, 'Bye! Please go home!'," the actor said as the audience erupted into laughter.
Aamir, 51, threw this line again at the audience in the end as he was getting late for his flight.
Talking about Nasir's family-friendly nature, Aamir said no matter how busy he was with his professional commitments, the filmmaker always took out time for friends and relatives.
"Nasir saab's house was always filled with relatives, friends and kids. But never once did he or chachi jaan make us feel that they had enough of us. We used to be at their place every day. He was a family man. He would be home by 6 pm without fail. I wonder how he managed to keep his professional and personal life separate," Aamir said.
(Except for the headline, this story has not been edited by NDTV staff and is published from a syndicated feed.)