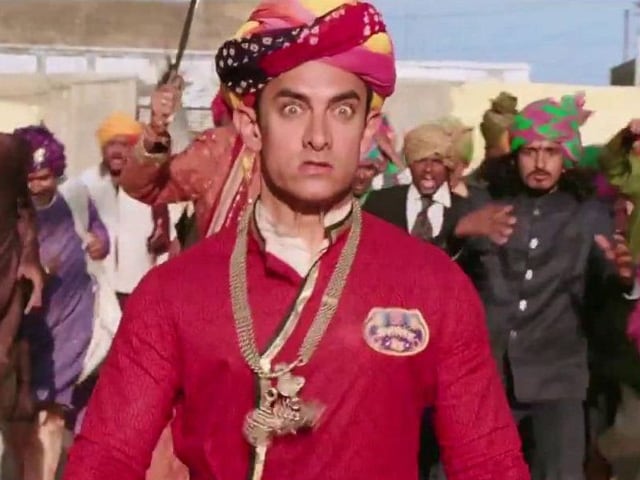 A still from PK

PK, which released in 4600 screens across China on May 22, achieved the feat in just 16 days since it released in the country

Actor Aamir Khan's film PK has created box office history by fetching Bollywood its first Rs 100 crore from a single country abroad. PK, which released in 4600 screens across China on May 22, achieved the feat in just 16 days of its release.
Trade anaylst Taran Adarsh tweeted:

PK premiered in Shanghai on May 13 and was heavily promoted by Aamir, director Rajkumar Hirani and producer Vidhu Vinod Chopra who spent three days touring the country doing press. Aamir said the popularity of 3 Idiots prompted them to bring PK to China.
PK released on December 19 last year and collected Rs 615 crores worldwide, breaking Aamir Khan's own record of Dhoom: 3's total earnings of Rs 540 crores at home and abroad.
The film's director Rajkumar Hirani had earlier told news agency IANS, "I had never imagined that PK would be received so lovingly in China. A rating of 8.8, a 4,600-screen release and business as huge as of North America. It furthers my belief that content is king."

The film, in which Aamir plays a displaced alien who challenges conventional notions of religion and God, has been accused by some of being anti-Hindu. It co-stars Anushka Sharma, Sushant Singh Rajput and Sanjay Dutt.
Meanwhile, back home, the box office collections, which were buoyed by Tanu Weds Manu Returns' Rs 100 crore, continue to soar, with its latest release Dil Dhadakne Do earning a little over Rs 22 crores in two days.