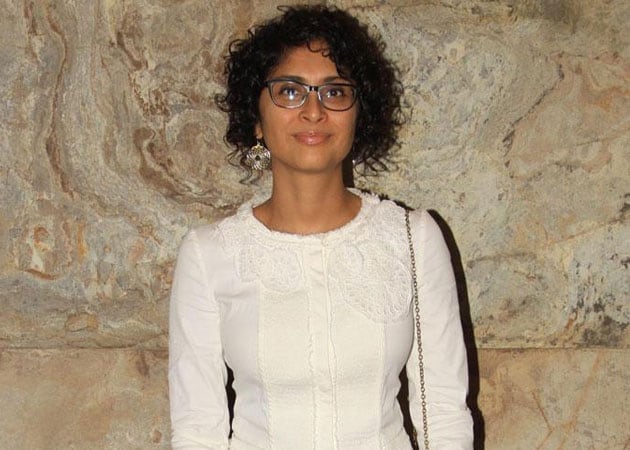 Filmmaker Kiran Rao feels her actor-husband Aamir Khan's passion and commitment for cinema has kept him alive in Bollywood for 25 years.

Filmmaker Kiran Rao feels her actor-husband Aamir Khan's passion and commitment for cinema has kept him alive in Bollywood for 25 years.
"More than perfection, the defining quality is his passion towards cinema and art. He does all out of love. And that is why his commitment and performance has remained the same over the years and that's why he has been here," Kiran told reporters at the special screening of Qayamat Se Qayamat Tak here last night, after it completed 25 years.
Though Aamir started out as a child artist in his uncle Nasir Hussain's film Yaadon Ki Baaraat (1973), he tasted success as a hero with Qayamat Se Qayamat Tak in 1988 alongside Juhi Chawla.
After a couple of unsuccessful films, he continued his dream run with memorable hits in his career including Jo Jeeta Wohi Sikander, Hum Hai Rahi Pyaar Ke, Andaz Apna Apna, Rangeela, Ghulam, Sarfarosh, Earth, Lagaan, Dil Chahta Hai, Sarfarosh, Rang De Basanti, Fanna, Taare Zameen Par, Ghajini, 3 Idiots and others.
Interestingly, Kiran watched Qayamat Se Qayamat Tak atleast 13 times after its release.
"Of course I had seen it earlier. This is the first film seen on VCR, we were quite excited as my parents had bought new VCR. I had seen it 13 times. I am quite excited seeing the film yet again and meeting the cast and crew of the film," she said.