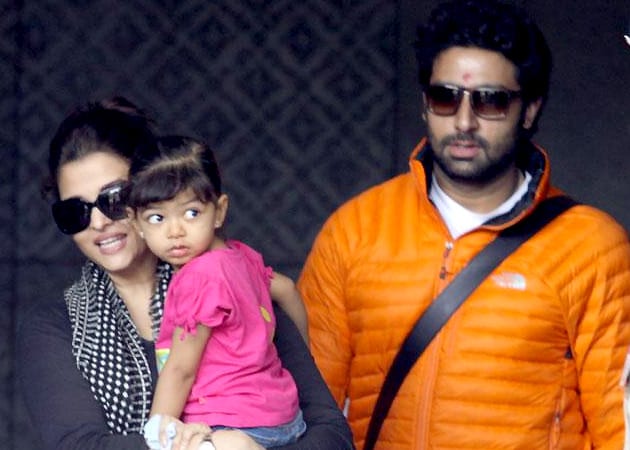 Big B said that though Aaradhya has some elements of Abhishek, but mostly she looks like her beauty queen mother

Big B posted on his Blog, Bachchan Bol that though Aaradhya has some elements of Abhishek, but mostly she looks like her beauty queen mother.

He wrote: "Abhishek takes after his Mother, in a very obvious manner, though temperamentally he is more like me. Shweta's children are all Nanda's, her husband's family and Aaradhya has a lot of Aishwarya and a bit of Abhishek when young in her, for the moment, and some elements of the Rai's , Aishwarya's parents."

Aishwarya Rai who celebrates her 41st birthday today is undoubtedly one of the most beautiful actresses in the world. She married actor Abhishek Bachchan in 2007 and gave birth to Aaradhya in 2011. Aishwarya is all set to make a comeback after a sabbatical of four years in Sanjay Gupta's Jazbaa. (In pics: Aishwarya Rai's Jazbaa@41)