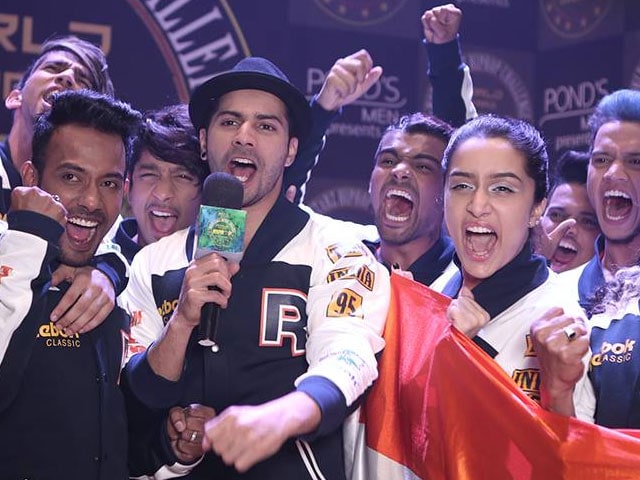 This image was posted on Twitter by UTV Motion Pictures

The dance-drama, starring Varun Dhawan and Shraddha Kapoor had minted more than Rs 14 crores, on June 19, to record the highest opening day collection of 2015

Remo D' Souza's Any Body Can Dance 2 has made its 100 crores already, collecting the sum in box office receipts worldwide in less than a week, with the Indian audience contributing the major portion.
Trade analyst Taran Adarsh applauded the impressive figures as he tweeted:

The dance-drama, starring Varun Dhawan and Shraddha Kapoor, had minted more than Rs 14 crores on the day it released, June 19, to record the highest opening day collection of 2015.

It left behind other top performing movies like Tanu Weds Manu Returns, Gabbar Is Back and Dil Dhadakne Do to earn a surprising Rs 29 crores in two days.
ABCD 2, with its mesmerising figures at the box office, also saw the highest opening weekend of 2015 (so far) fetching a little over Rs 45 crores till June 22.

With the advance booking for Sun looking very good, #ABCD2 is looking at Rs 45 cr [/-] opening weekend, which is PHENOMENAL.

A sequel to the 2013 hit ABCD: Any Body Can Dance, ABCD 2 also co-stars Prabhu Deva and Lauren Gottlieb in key roles and tracks the story of two dancer-friends, who travel all the way to Las Vegas with hopes of winning a hip-hop dance competition.
Even though the movie failed to impress the critics, the exotic picturisation of its songs and catchy music continues to keep the audience queuing up at the theatre.
Saibal Chatterjee, in his review for NDTV said, "Everything is larger than life in this unidimensional portrayal of a universe where passion for dance overshadows all else" but, "for dance freaks, there is much on offer."