"You have to live through it, make your own sacrifices. You can't keep doing that when there is no support whatsoever. Even if not the industry, if there was government support like they did with the NFDC from the 70s to the 80s," Abhay said. 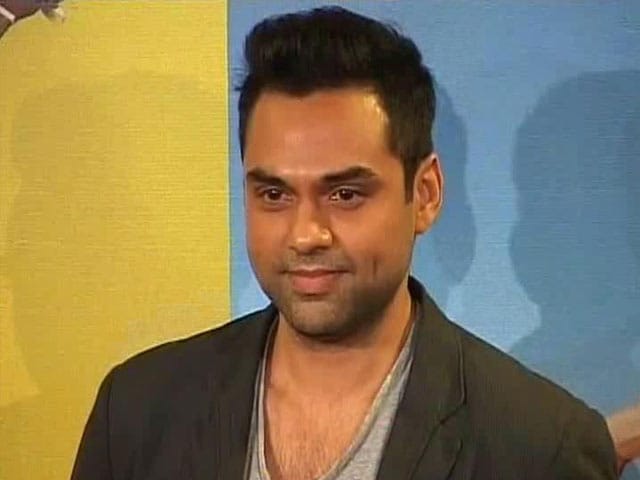 Abhay Deol at an event in Mumbai

Abhay Deol has often been called the poster boy of indie cinema and the actor feels the parallel film movement can flourish only when government supports it.
The actor says working in off-beat films requires artists to make lot of sacrifices and hence a support is necessary.
"You have to live through it, make your own sacrifices. You can't keep doing that when there is no support whatsoever. Even if not the industry, if there was government support like they did with the NFDC from the 70s to the 80s."
"Even if that much was there, it would support a parallel movement, but that did not happen," Abhay told PTI in an interview.
According to the Zindagi Na Milegi Dobara actor, the government support would've at least given independent filmmakers some surety of their film release.
"When the government supported NFDC (National Film Development Corporation of India), there was this little spark because there was some security, some guarantee of film release. Now that's taken away from them. While it would be ideal for the mainstream industry to give that support, they don't have to give it necessarily."
"The mainstream industry is perfectly fine where they are. There is an audience for them too. But if a government support came in, with the thought that let's have a variety of representations across communities and idea, that is something our governing body needed to do," he said.
Post his debut in Imtiaz Ali's Socha Na Tha, Abhay worked in off-beat films like Dev D, Manorama Six Feet Under, Road, Movie and Ek Chalis Ki Last Local.
The 40-year-old Aisha star said with time it got extremely difficult for him to do the kind of films he believed in.
"People accepted me for taking risks, so, I didn't want to stop taking risks because I would disappoint the very base that I have. I didn't know how to tell people that 'Hey it's not as if I don't want to take a risk, but it's damn hard to do it'."
"It's difficult to stick to the programme I started with.
It's difficult to stick to really going against formula when formula has always been around and here to stay. My desire was to put something parallel to the formula," Abhay said.
Abhay says due to the obsession with chasing box office numbers, people are becoming averse to taking risks, and hence it is more difficult for off-beat films to co-exist with huge commercial projects.
"It is very difficult to have a parallel formula against the mainstream one. Every year, as more and more capitalist we get, the more risk-averse people are going to get. It's all about money."
When asked if he believes the indie cinema movement has improved from what it was earlier, Abhay said, "It's the same stage; same individuals every now and then with their hard work and effort have managed to come up with one product here, one there. That's all it is."
He recalled once he was put on a magazine cover and called the "face of indie cinema" by a journalist, but years later when he bumped into the scribe, the culture of parallel cinema had not picked up.
"She asked me what happened to the movement. I was glad she didn't single out me; she was wise enough to know that it's the larger industry that supports it. I was like; there was no 'movement'. It was always individual efforts.
"Like me, there were other like-minded individuals who were passionate about putting on screen what their vision was.
But when you have just one person here, one person there, not united, with no government support, no foundation, it can only go in one instance here, one instance there. It can never be consistent and will never sustain itself," he said.
Abhay was last seen in 2014 in One By Two directed by Devika Bhagat and will be next seen in Happy Bhag Jayegi, which is scheduled to release on August 19.
(Except for the headline, this story has not been edited by NDTV staff and is published from a syndicated feed.)