"He is a lazy talented actor and I often tell him that. He does a film, and then he goes somewhere and then makes a comeback. I told him to keep working and that the directors need him." 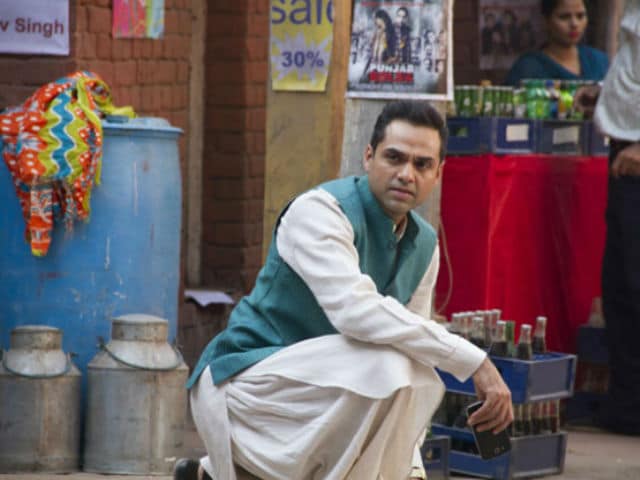 Abhay Deol in a still from the film Happy Bhag Jayegi

Director-Producer Aanand L Rai feels Abhay Deol is a brilliant actor and should work in more films.
"Abhay is a very fine and brilliant actor. I have worked with him in Raanjhanaa and I have liked his work in films like Dev D, Oye Lucky! Lucky Oye!. He is choosy about the film he wants to do. It is his choice when he wants to do a film," Aanand told PTI.
"He is a lazy talented actor and I often tell him that. He does a film, and then he goes somewhere and then makes a comeback. I told him to keep working and that the directors need him."
Aanand has now come up with Happy Bhag Jayegi, starring Abhay and Diana Penty, slated to release next week. Diana's debut film Cocktail had released in 2012 and post that she took a break.
However, praising the actress, he said, "Diana had taken a sabbatical from work. She is very hard working and she brought in freshness to the film."
Even Abhay was last seen in Raanjhanaa which released in 2013, but the 45-year-old Tanu Weds Manu director isn't worried about his lead actors missing from screen for quite some time. He rather feels the pair of Abhay and Diana is looking fresh.
Happy Bhag Jayegi is the story of a girl (Diana Penty) running away before her marriage and how she accidentally lands in Pakistan. Aanand Rai came on board as a producer for the film.
"I loved the humour, the comic element. It's a cross border light-hearted romantic story without politics attached to it," he said. Mr Rai gave complete liberty to director Mudassar Aziz in making the romantic-comedy.
"I gave freedom and space to the director to follow his vision. I was available to him whenever he needed me to give suggestions," he said.
Aanand is quite happy the way the film has turned out.
"I have seen, it's a nice fun film. I am proud to be associated with this film as a producer," he added.
Produced by Aanand Rai and Krishika Lulla, the film also features Ali Fazal and Momal Sheikh in the lead roles. It releases on August 19.
(This story has not been edited by NDTV staff and is auto-generated from a syndicated feed.)