Abhishek Bachchan: Aishwarya has always been around 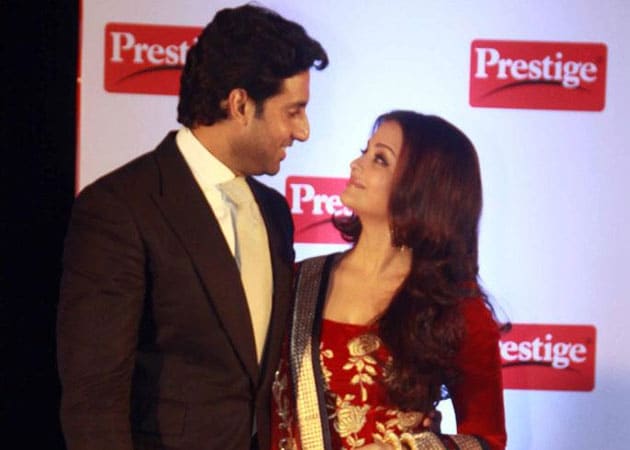 Abhishek says the media always keeps Aishwarya in the news

Aishwarya Rai Bachchan has not been active in films for sometime, but her husband, actor Abhishek Bachchan has not really missed her as he feels the media keeps her in news all the time.
"She (Aishwarya) has always been around. I don't think you guys (media) will allow anybody to make a comeback. You all cover us so extensively and so well," Abhishek told IANS in an interview.
The actor said filmmaker Prahlad Kakkar has approached him and Aishwarya for a project, which the two of them are considering individually.
"Prahlad has expressed a desire to make a film with both of us. We have not read the script and both of us have to like the script individually," he said.
Known for her performances in films like Hum Dil De Chuke Sanam and Guru, Aishwarya was last seen in Guzaarish, which also featured Hrithik Roshan.