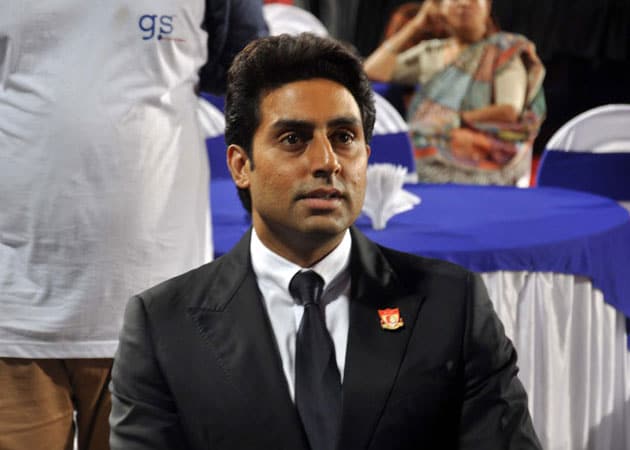 Actor Abhishek Bachchan, an avid football fan, wishes that the Indian football team qualifies for the FIFA finals slated for 2014.

Actor Abhishek Bachchan, an avid football fan, wishes that the Indian football team qualifies for the FIFA finals slated for 2014.
The 2014 FIFA World Cup is scheduled to take place in Brazil on June 12-July 13. As of now, only Brazil is the qualifier team for the finals.
Abhishek believes the Indian team will be able to make it through with hard work and determination.
"I am a big football fan and I have a small dream that India's national football team should qualify for the next world cup finals," Abhishek told reporters here on Thursday at the Indian Football Awards 2013, where he was accompanied by football player Bhaichung Bhutia.
Besides, the actor is said to have been invited as a special guest to watch the UEFA Champions League 2013 final at Wembley, London Saturday with veteran cricketer Kapil Dev and Bollywood producer Bunty Walia.
"It's a very difficult task. There is a rough road ahead, but I really hope that we can popularise the sport enough and when everyone will work hard, we will be able to qualify," he added.