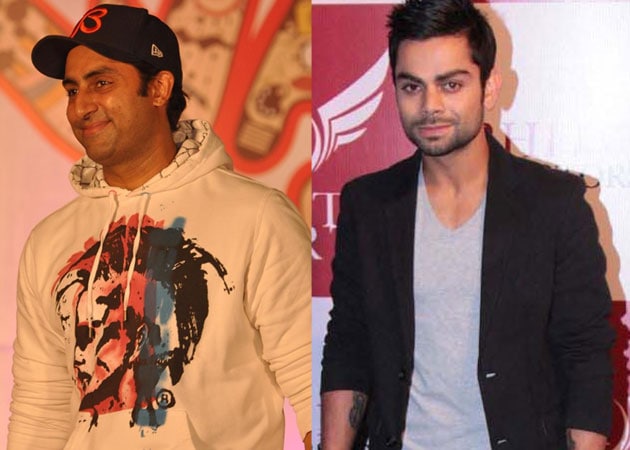 Abhishek Bachchan and Virat Kohli will play football for a charitable cause.

Bollywood actor Abhishek Bachchan and cricketer Virat Kohli will unveil jerseys and trophy of the charity football match on Wednesday.
Popular names from the world of showbiz and sports are coming together to play football for charity.
Organised by Bunty Walia's GS Worldwide Entertainment, the match will be played on March 30 between the All Stars Football Club (ASFC), which will feature celebrities from the film and television world, and All Heart Team, which has a host of Indian cricketers.
While the ASFC will be captained by Abhishek Bachchan, a soccer fan, the All Heart Team will have Virat Kohli taking the captain's spot.
"Gearing up for the ASFC, the captains of both the teams, Abhishek and Virat (to)unveil the football jerseys in Delhi. All the players are really excited about this league and we hope that it turns out to be a great success in terms of gathering funds for the charity and also excitement", said Walia in a statement.