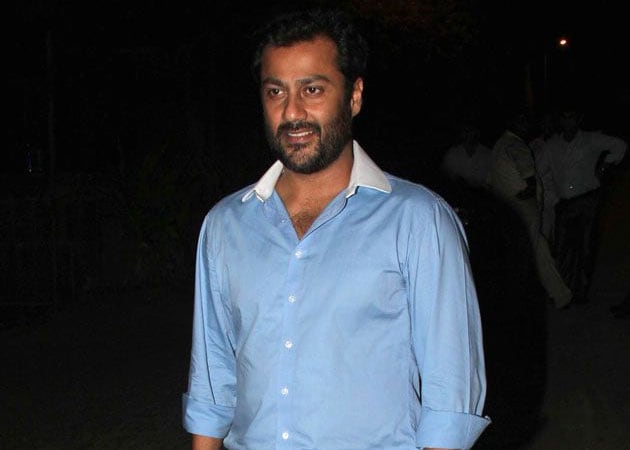 Abhishek Kapoor's Fitoor is based on Charles Dickens' classic, The Great Expectations

After the success of Kai Po Che, filmmaker Abhishek Kapoor is busy working on Fitoor, which he plans to start shooting early next year.

After the success of Kai Po Che, filmmaker Abhishek Kapoor is busy working on Fitoor, which he plans to start shooting early next year.
The film is an adaptation of Charles Dickens' classics 'The Great Expectations' and will bring together Katrina Kaif and Sushant Singh Rajput for the first time on-screen.
"I am currently working on the script of Fitoor. I am really excited about it and will start shooting early next year. I am blessed that Katrina and Sushant are equally excited about the film," Abhishek said.
The director will be working with Katrina for the first time, while he had teamed up with Sushant after Kai Po Che.
On the pairing of these two actors, Abhishek said, "They best suit the characters involved in the movie. I don't know how they will evolve since it's too early to know but I am hoping it turns out to be good."
'The Great Expectations' is the story of Pip, an orphan boy, who falls in love with a wealthy but heartless girl named Estella.
Abhishek's Kai Po Che is one of the contenders for India's official entry for the Oscars next year but the director is not willing to talk much about film's chances of getting nominated from India's side.
"I really don't know what are the parameters for a movies selection to Oscars... I have full faith in the people taking the decision and may the best man win. There is a lot of effort gone into the film and as a filmmaker I am satisfied," he said.
Kai Po Che was an adaptation of Chetan Bhagat's book '3 Mistakes of My Life' and starred Sushant Singh Rajput, Amit Sadh and Raj Kumar Yadav in lead roles.
Abhishek started his Bollywood career with acting in Uff! Yeh Mohabbat in 1996 opposite Twinkle Khanna, but shifted to direction with 2006 release Aryan.
After his directorial debut bombed, he took a break for two years only to come back with hit film Rock On. Though, he has been in the industry for some time, Abhishek is taking it slow when it comes to choosing work.
"I want to make movies which I like. I can't do everything for money and short term. I would like my movies to be appreciated 50 years down the line," he said.