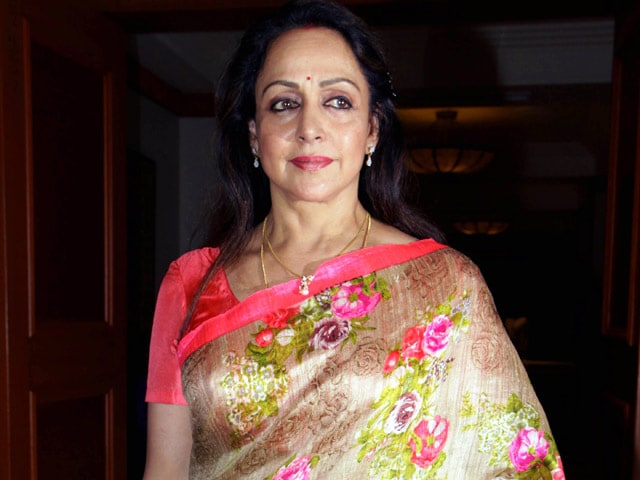 "On the request of family members, she was discharged around 9.30 am"

Actress and BJP MP Hema Malini, who was injured and admitted to hospital after her Mercedes collided with another car in Dausa district, was today discharged from hospital.
"On the request of family members, she was discharged around 9.30 am", a spokesperson of Fortis Hospital told PTI.
The 66-year-old actress had undergone a surgery for her wounds at the hospital yesterday. She was also treated for a minor fracture on her nose.
A two-year-old girl was killed while five others were injured including the actress when Hema Malini's car collided with another car on Thursday night in Dausa, 60 km from Jaipur.
Mahesh Chand Thakur, who was driving Hema's car when it met with the accident, has been arrested at Kotwali Thana in Dausa.
An FIR was lodged against the driver, who hails from Vrindavan, under various sections of IPC including 279 (rash driving) and 304 (A) (causing death by negligence not amounting to culpable homicide).
Thakur was yesterday produced before Additional Chief Judicial Magistrate Pallavi Sharma who granted bail to the driver. He was later released on bail.