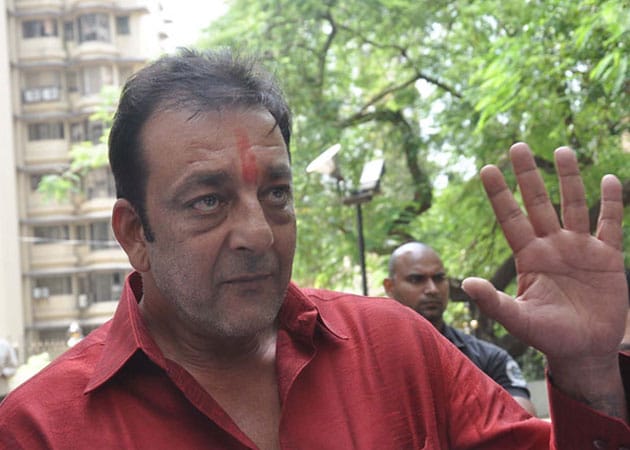 Sanjay Dutt is believed to be in pain from blood clots in his legs.

Bollywood star Sanjay Dutt, in prison since May, has been allowed to travel home for 14 days. Mr Dutt had told jail officials he is unwell.

Bollywood star Sanjay Dutt, in prison since May, arrived at his Mumbai home this afternoon after being granted 14 days of leave because he is unwell.
"I'm a law abiding citizen. I want to spend this time peacefully with my family," he said to reporters before entering his house in Bandra where he used to live with his wife Maanyata and their two children Iqra and Shahraan.
The 53-year-old actor was sentenced in March by the Supreme Court to five years in prison in a case linked to the 1993 terror attack in Mumbai, in which 250 people died in serial bombings. He was convicted for possession of an automatic rifle and a pistol that were supplied to him by men subsequently convicted for the bomb blasts.
The Supreme Court reduced his prison sentence to five years from the six-year term initially handed down.
The actor had served 18 months in jail before being released on bail in 2007 pending an appeal, so he was ordered to spend the next 3 1/2 years behind bars.
Mr Dutt had earlier been acquitted of the more serious charges of terrorism and conspiracy.
The 1993 bombings were seen at the time as the world's worst terrorist attack, with 13 bombs exploding over a two-hour period across Mumbai. Powerful explosives were packed into cars and scooters parked near India's main Bombay Stock Exchange and other sites in the city. Apart from the 257 dead, more than 720 people were injured in the attack.
Watch video: